Monkey Shoulder is smooth and rich, with mellowed vanilla that goes great neat, on the rocks, mixed, or in cocktails. 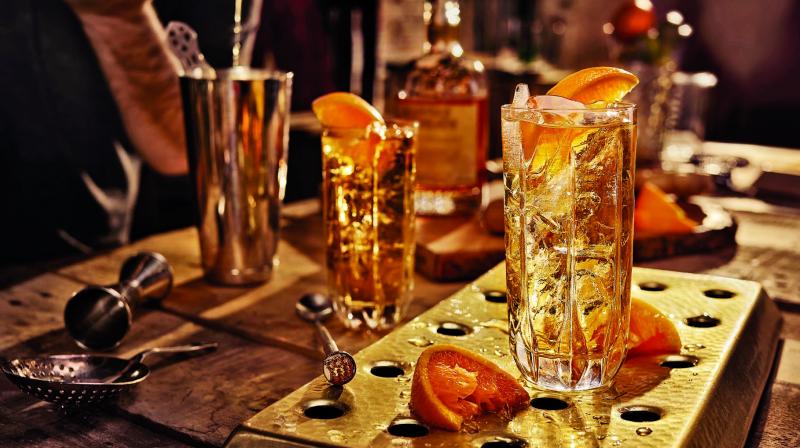 Mix up your traditional base drink to relish a soothing scotch cocktail this summer.

Monkey Shoulder, a scotch for the new generation of whisky aficionados and a bartender’s favourite is a free-spirited, fun loving blended malt with an easygoing smooth, rich and mellow vanilla deliciousness. This refreshingly approachable, expertly blended top notch scotch of three single speyside malts doesn’t do boring traditional old tasting notes because it’s all up to your own nose and taste buds. But we can lend a hand by telling you that it is smooth and rich, with mellowed vanilla that goes great neat, on the rocks, mixed, or in cocktails. The richness and vibrancy combined with mellow vanilla notes lends a very high versatility when mixed with other liquids to create enjoyable cocktails, thus making drinking scotch exciting.

Monkey Shoulder, which is a 100 per cent malt whisky and great for mixing, has earned a special place in the shakers of the world’s best bartenders. The rich smoothness of this scotch has emerged as a cocktail lover’s favourite as it makes a perfect serve so enjoyable and convenient.

Monkey Raaj, a summer drink created with true Indian ingredients of mango ginger and gondoraj is becoming very popular. Another summer drink, which almost became a fad, is the Monkey thandai. All these refreshing recipes have been created with the four flavor pillars of Monkey Shoulder namely orange marmalade, ginger, cinnamon and vanilla.

For India, the brand has created these new and palatable cocktails with local flavours. Monkey Raaj with Mango Ginger and Godoraj, carries the aromatic citrus of Gondoraj and the spice from the mango ginger.Both easily available in all Indian households.

Monkey Thandai as it is called is a twist to the flip type of cocktail made with Monkey Shoulder and an added flavor of Thandai.

The spiced raw mango julep or fondly called by drinkers as Monkey Aam, the citrus and dry spice shine from the aam panna, one of India’s favourite summer drink.

Ape Spritzer is a light cocktail perfect for the lazy summer after noon inspired by the Italian Summer aperitivo style of drink called Spritz. Each is easy to prepare and can be enjoyed just the way you like your whisky, the lazy easy way!