The fish that can give you a high and nightmares

The fish remains elusive for scientists who haven't been able to figure out what chemical in the fish causes that. 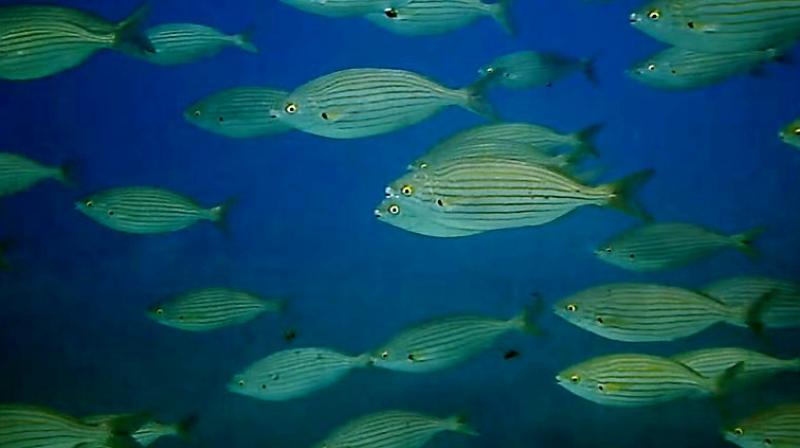 The fish is found in the Atlantic off Africa's western coast and the Mediterranean (Photo: YouTube)

People have taken to various means from alcohol to contraband substances like marijuana and LSD for attaining a state of intoxication which is something that human beings have been fascinated for ages. But even as new substances are being developed and introduced to people, there are few rare things in nature which are much more potent intoxicants.

There’s no need to seek different alternatives for intoxication anymore as there is a fish which can give you a high that can take days to wear off, giving your hallucinations and nightmares, after giving you a kick that is the same as LSD and cocaine.
The fish induces a condition called ichthyoallyeinotoxism, which is a hallucinogenic fish inebriation. But the fish is elusive since scientists cannot figure out which substance inside the fish is causing this, although many think it’s alkaloids occurring naturally in phytoplankton which are similar in composition to LSD.

The harmless looking tiny fish with orange stripes is found in the Atlantic off the western coast of the African continent and the Mediterranean ocean and is known Sarpa Salpa, which means “fish that makes dreams” in Arabic.

A man in Cannes who consumed the fish in 1994 felt nauseated headed back home, but saw hallucinations of giant creatures on the highway. He somehow got himself to the hospital where he recovered after 36 hours, although he had no memory of what had happened to him.

So next time you need a psychedelic experience, some sea food can really give you a hard hitting trip.