Here's how beneficial walking 10000 steps a day really is

While Fitbit may beep in celebration when you reach the mark, the ordeal came out in a different light after an experiment was conducted. 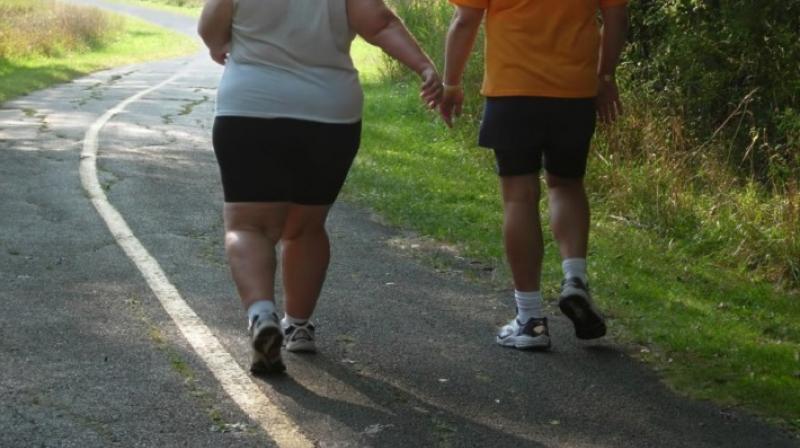 It's when you are doing a moderate-intensity activity that you are starting to get the greatest health benefits (Photo: AFP)

London: Turns out, hitting 10,000 step-mark is not all it is touted to be. It seems there are not as much benefits associated with it as it has always been portrayed.

A recent study has found that moderate intensity activity can have greater health benefits in comparison to exercises which push you to your limit.

While Fitbit may beep in celebration when you reach the mark, the whole ordeal came out in a different light after a small experiment was conducted by the researchers.

Michael Mosley, medical journalist, along with Professor Rob Copeland from the Sheffield Hallam University, investigated the purported benefits of walking 10,000 steps a day.

He found that it was first used in a Japanese marketing campaign in the run-up to the 1964 Tokyo Olympics.

Subsequently, based on the work of an academic, Dr Yoshiro Hatano, a company developed a device to encourage Japanese people to become more active. It was named Manpo-Kei, literally meaning 10,000 steps meter in English.

To get deeper, Mosley decided to compare the benefits of taking 10,000 steps a day with an alternative form of physical activity known as 'Active 10'.

The experiment was conducted with participants from a factory in Sheffield, all of whom were eager to become more active on a daily basis.

One half of the group was given the aim to achieve 10,000 steps a day, which would have been equivalent to 5 miles.

The other half was supposed to take three 10-minute speedy walks a day, which came out to be approx 1.5 miles and 3,000 steps.

It was found that even though people in 'Active 10' group did lesser exercise overall, it turned out to be a more advantageous form of physical activity.

Copeland commented, "The 'Active 10' group actually did 30 percent more 'moderate to vigorous physical activity' than the 10,000-step group, even though they moved for less time".

Mosley added, "And it's when you are doing a moderate-intensity activity that you are starting to get the greatest health benefits".

The small experiment was conducted as a part of BBC One documentary, 'The Truth About Getting Fit'.