The drug if administered properly can cure prediabetes in most patients 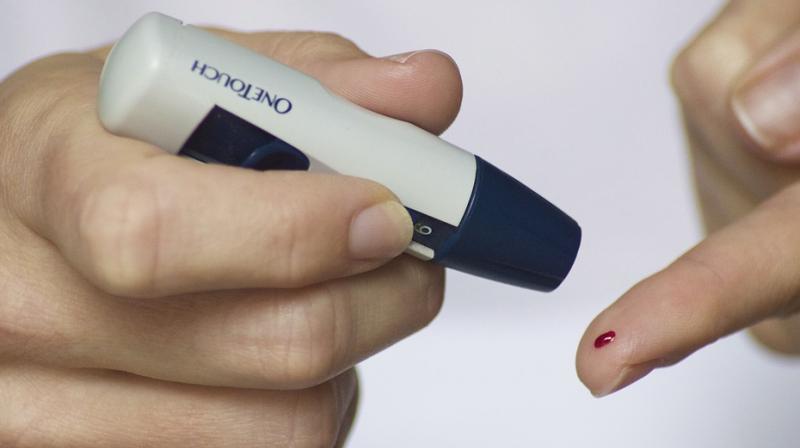 The drug Liraglutide can be used to cure diabetes and also be used as a safe method without any side effects. (Photo: Pixabay)

Washington D.C.: A weight loss drug has reduced the risk of type 2 diabetes by 80 per cent compared to placebo.

The drug, which increases the amount of appetite-supressing hormones produced by the gut, was tested on overweight people with 'prediabetes'. This is also known as 'borderline diabetes,' and is characterised by slightly increased blood sugar levels. The condition often leads to type 2 diabetes when untreated.

Prediabetes affects one in ten people in the UK, and progresses into diabetes in 5-10 per cent of patients within ten years.Prediabetes is curable with exercise and a healthier diet, but once it progresses into diabetes, it is significantly harder to treat. Both conditions are strongly linked to early death and poor health outcomes like nerve damage, blindness and amputation.

Now, obesity expert Professor Carel le Roux from Imperial College London and colleagues have found that a drug already used for obesity and diabetes can help to prevent progression into diabetes when combined with diet and exercise, and could even cure patients of prediabetes altogether.The study is published in The Lancet and was funded by Novo Nordisk.

The researchers recruited 2,254 obese adults with prediabetes at 191 research sites in 27 countries worldwide.After splitting participants into two groups, they studied whether adding daily self-administered injections of liraglutide to diet and exercise helped to prevent progression into diabetes, compared to diet and exercise alone.

After three years, the researchers found that the patients given liraglutide were 80 per cent less likely to develop diabetes than those in the placebo group. In 60 per cent of those patients, prediabetes was reversed and patients returned to healthy blood sugar levels.

Co-author Professor le Roux, from Imperial's Department of Medicine, said: "These groundbreaking results could pave the way for a widely used, effective, and safe drug to reverse prediabetes and prevent diabetes in 80 per cent of at-risk people. This could improve the health of the population and save millions on healthcare spending."

Professor le Roux added that the drug seems to work by mimicking the action of naturally-produced hormone that supresses appetite, called GLP-1. This compound is released in response to food, and interacts with the brain's hypothalamus to suppress appetite.However previous studies have found that many obese people produce less of this hormone, which may lead to them over-eating. Liraglutide mimics the effects of GLP-1, essentially doing the hormone's job to regulate appetite.

Professor le Roux said: "Liraglutide promotes weight loss by activating brain areas that control appetite and eating, so that people feel fuller sooner after meals and their food intake is reduced. Although liraglutide's role in weight loss is well known, this is the first time it has been shown to essentially reverse prediabetes and prevent diabetes, albeit with the help of diet and exercise."

Liraglutide is already being used to manage weight and diabetes, but it is expensive and not yet widely available in the UK. However, future studies could help develop a test for GLP-1 deficiency, to ensure the drug is given only to those who would benefit.Alternatively, patients could undergo a 12 week trial where the drug is stopped if there is no improvement within that time.