Another reason to worry about overcrowded emergency rooms

Patients should recognize that they always have the right to request some space to discuss private matters with their doctor. 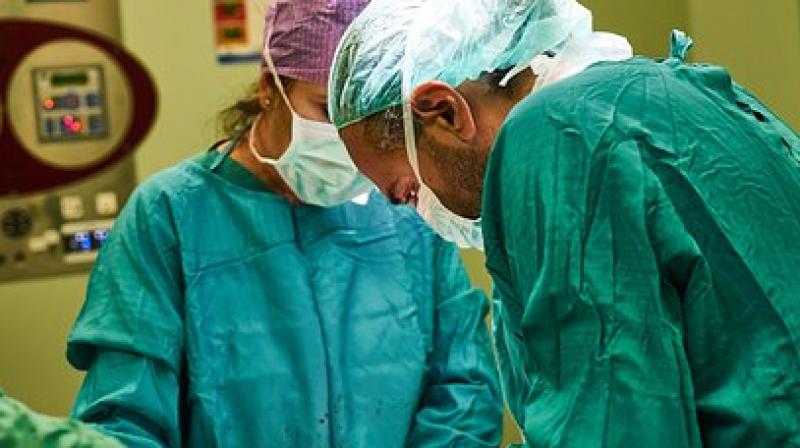 Privacy and confidentiality are vital in emergency care, particularly for those who don't wish to divulge sensitive personal information. (Photo: Pixabay)

Patients are more likely to be misdiagnosed or experience treatment delays when emergency rooms are so crowded that they receive care in a hallway, a survey of physicians suggests.

Privacy and confidentiality are vital in emergency care, particularly for patients who may be reluctant to undress or divulge sensitive personal information in front of companions in an exam room or strangers in a hallway, researchers note in the Emergency Medicine Journal.

To see how doctors think this lack of privacy affects care, researchers surveyed 440 emergency room physicians attending a medical conference in Boston in 2015.

“What we found is that these non-private encounters not only affect the accurate diagnosis of medical conditions, but also of social and behavioral conditions such as domestic violence, human trafficking, suicidality, and substance use,” said lead study author Dr. Hanni Stoklosa, an emergency physician at Brigham and Women’s Hospital and Harvard Medical School in Boston.

“This is quite concerning on many levels because emergency departments are on the front lines of caring for patients most vulnerable to these conditions,” Stoklosa said by email.

Overall, nine in 10 doctors surveyed said they changed or shortened how they took patient medical histories when another person was present, and more than half of the physicians also altered how they did physical exams.

More than three-quarters of the doctors said that, at least sometimes, they did an abbreviated medical history when patients were treated in hallways. Under these circumstances, nearly all of the doctors also reported sometimes, often or always changing how they conducted physical exams.

Even when patients had an exam room, nearly all of the doctors said they at least occasionally altered how they gathered medical histories or conducted physical exams when a friend or family member was present.

While most physicians said patient gender wasn’t a factor, doctors were more likely to change how they did medical histories and exams for female patients, the study also found.

Changes to medical histories and exams were most common with genital and urinary problems, the study found.

Only 26 percent of doctors said taking an abbreviated medical history had not led them to fail to diagnose a social issue like suicidal thinking or elder abuse, while 54 percent said changes in a physical exam due to lack of privacy had not caused them to miss such issues.

But more than one-third of doctors said they had missed cases of domestic violence under these circumstances, while about 12 percent had overlooked instances of child abuse.

In addition, 47 percent of doctors thought a shortened medical history was linked to missing substance abuse and 25 percent said an altered exam had this result.

The study wasn’t a controlled experiment designed to prove whether or how care in hallways or without privacy might lead to delays or misdiagnosed patients. It also focused only on the opinions of doctors at a medical conference, and results might differ with a broader, nationally representative group of emergency physicians.

Even so, the results add to evidence that the environment or surroundings in which patients are cared for may influence their treatment, said Dr. Bernard Chang, a professor of emergency medicine at Columbia University Medical Center in New York City.

“Past work has found that patients treated in overcrowded emergency departments often have delays in medical care and increased risk of medical errors,” Chang, who wasn’t involved in the study, said by email.

A lack of privacy may at least partially explain this increased risk.

“While an ideal situation would be for patients to have their own private space to talk with their providers, in the emergency department, patients are often seen in crowded and at times high stress situations, and the ability to get a private room may just not be practically feasible,” Chang said.

“Patients should recognize that they always have the right to request some space to discuss private matters away from other individuals with their doctor,” Chang added. “It may not mean that they will always get a private room, but most emergency staff will make their best effort to at least temporarily find a place to discuss sensitive topics in a space away from potentially prying ears.”