Boys may reach puberty early due to pesticide exposure

Many factors, including environmental toxins, are responsible for the decreasing age at onset of puberty for both boys and girls. 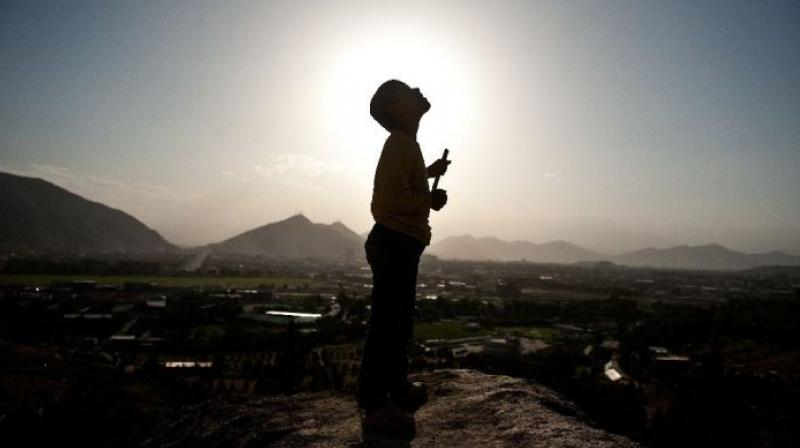 Having an increased urinary level of 3-PBA raised the odds of a boy being at an advanced stage of genital development by 73 to 110 percent (Photo: AFP)

Washington: Chinese researchers have warned environmental exposure to pesticides that kill mosquitoes, insects and sprayed on crops, may cause boys to reach sexual maturity early at the age of nine.

Pyrethroids are used indoors and outdoors to kill mosquitoes and other insects, and are sprayed on crops and humans likely receive most of their exposure to pyrethroids from food and residential use.

According to researchers, these chemicals are known as endocrine-disrupting chemicals that interfere with the body's hormones.

The findings are scheduled to be present at the Endocrine Society's 99th annual meeting in Orlando, Florida. The class of pesticides studied, pyrethroids, accounts for more than 30 percent of global insecticide use, said lead investigator Jing Liu from Zhejiang University in Hangzhou, China.

"We recognise pyrethroids as a new environmental contributor to the observed trend toward earlier sexual maturity in boys," Liu added.

The experts believe that many factors, including environmental toxins, are responsible for the decreasing age at onset of puberty for both boys and girls.

Evidence of recent exposure to the chemical appears in human urine as a metabolite, or molecule, called 3-phenoxybenzoic acid (3-PBA). They analysed 463 Chinese boys ages nine to 16 years.

Having an increased urinary level of 3-PBA raised the odds of a boy being at an advanced stage of genital development by 73 to 110 percent, Liu reported.

"Given the growing use of pyrethroid insecticides, we must prudently assess these chemicals for their risks to children's health," Liu concluded.