Bisphenol S (BPS), a substitute for the chemical Bisphenol A (BPA), shows the potential for increasing the aggressiveness of breast cancer. 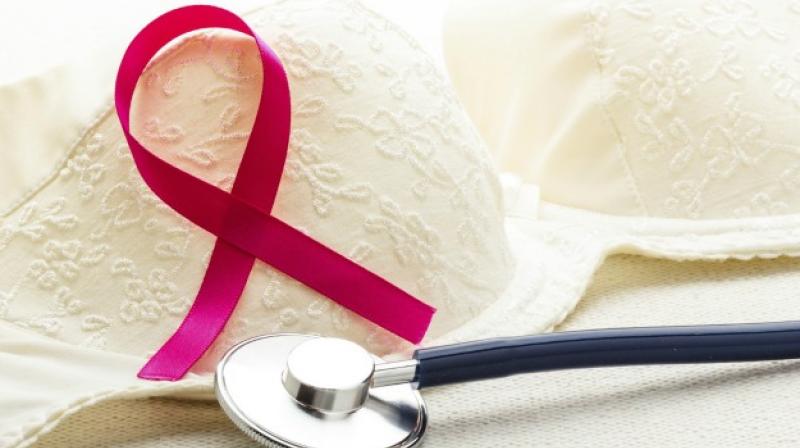 So far, BPS seems to be a potent endocrine disruptor (Photo: AFP)

Washington: Women beware! Stop using products made of hard plastics, currency bills and thermal paper receipts, as a study says, a chemical found in these products may increase the potential of aggressiveness of breast cancer.

According to researchers from Oakland University in the US, Bisphenol S (BPS), a substitute for the chemical Bisphenol A (BPA) in the plastic industry, shows the potential for increasing the aggressiveness of breast cancer through its behaviour, as an endocrine-disrupting chemical.

The findings suggest that BPS may cause breast cancer to become more aggressive. The results, which tested BPS in human breast cancer cells, is scheduled to be presented at ENDO 2017, the Endocrine Society's 99th annual meeting in Orlando, Florida.

"Despite hopes for a safer alternative to BPA, studies have shown BPS to exhibit similar estrogen-mimicking behaviour to BPA," said the study's principal investigator Sumi Dinda.

Their study confirmed that BPS acts like estrogen in breast cancer cells, Dinda said, adding, "So far, BPS seems to be a potent endocrine disruptor."

The researchers studied the effects of BPS on estrogen receptor-alpha and the BRCA1 gene. Using two commercially available breast cancer cell lines obtained from women with estrogen-receptor-positive breast cancer, the team exposed the cancer cells to varying strengths of BPS or to an inactive substance as a control.

Compared with the control, BPS heightened the protein expression in estrogen receptor and BRCA1 after 24 hours, as did estrogen.

The results indicated that after a six-day treatment with BPS, the breast cancer cells in both cell lines reportedly increased in number by 12 percent at the lowest dose (4 micromolars) and by 60 percent at 8 micromolars.

Although further study of BPS in breast cancer cells is needed for confirmation, he suggested that "if a woman has a mutated BRAC1 gene and uses products containing BPS, her risk for developing breast cancer may increase further."