Individuals, who consume 28.75 grams/day, equivalent to 3.35 servings of legumes per week had a 35 percent lower risk. 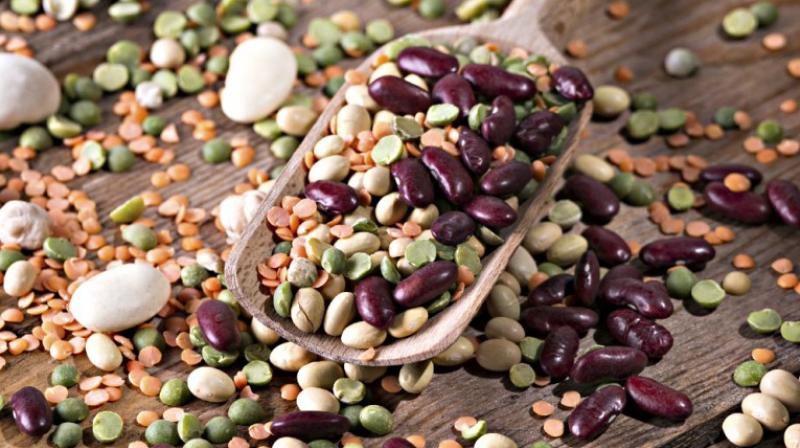 Legumes are a food group rich in B vitamins (Photo: AFP)

The findings, published in the Journal of Clinical Nutrition, revealed that individuals, who consume 28.75 grams/day, equivalent to 3.35 servings of legumes per week had a 35 percent lower risk of developing Type-2 diabetes.

Legumes are a food group rich in B vitamins, contain different beneficial minerals (calcium, potassium and magnesium) and sizeable amounts of fibre and are regarded as a low-glycemic index food - which means that blood glucose levels increase only slowly after consumption.

Researchers from Universitat Rovira i Virgili in Tarragona, Spain in collaboration with other research groups in the PREDIMED study evaluated the association between the consumption of the different sub-types of non-soy legumes and the risk of Type-2 diabetes among individuals at high cardiovascular risk.

The study analysed 3,349 participants at high risk of cardiovascular disease but without Type-2 diabetes. They also evaluated the effect of replacing other protein and carbohydrate-rich foods with legumes on the development of the disease.

The results revealed that of the different subtypes of legume, lentils in particular were associated with a lower risk of type 2 diabetes.

Those participants who had a higher consumption of lentils during the follow-up (nearly one serving/week) compare to those individuals with a lower consumption (less than half a serving per week) had a 33 percent lower risk of developing the disease.