Bonita is now in the ICU and is said to be in a serious but stable condition. 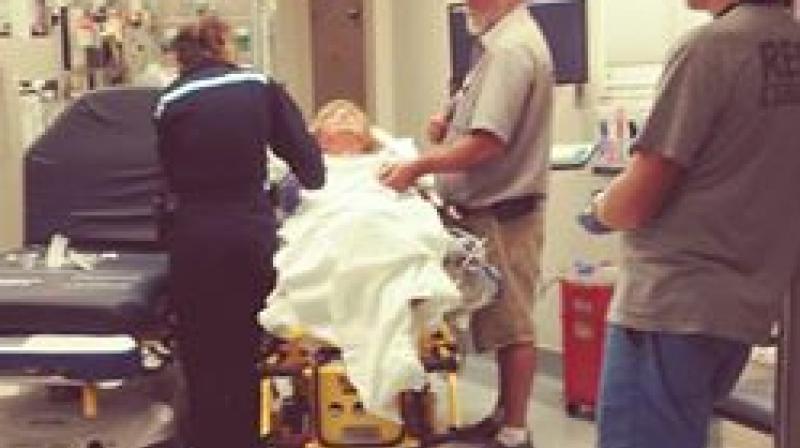 Her daughter posted shocking image of her legs (Photo: Facebook)

Dipping legs in the ocean and relaxing is just something anyone would do on a nice sunny day out on the beach, but what if this seemingly harmless activity turns out to be a beginning of a terrifying ordeal which can leave a person in excruciating pain.

A woman in the US only went ahead and dipped her feet in the water during a vacation, but is now fighting for her life against a fatal flesh eating bug. Bonita was airlifted to a hospital as the bug caused a painful infection, and now the infected flesh needs to be cut off.

Bonita’s daughter described her agony in a Facebook post with a shocking picture that will send chills down your spine. The woman’s leg can be seen ravaged by the virus as she is currently in the ICU.

Necrotising fasciitis is an infection that can be caused by several types of bacteria and destroys the skin, fat and tissue in a very short time. The woman is now said to be sedated and in a serious but stable condition.