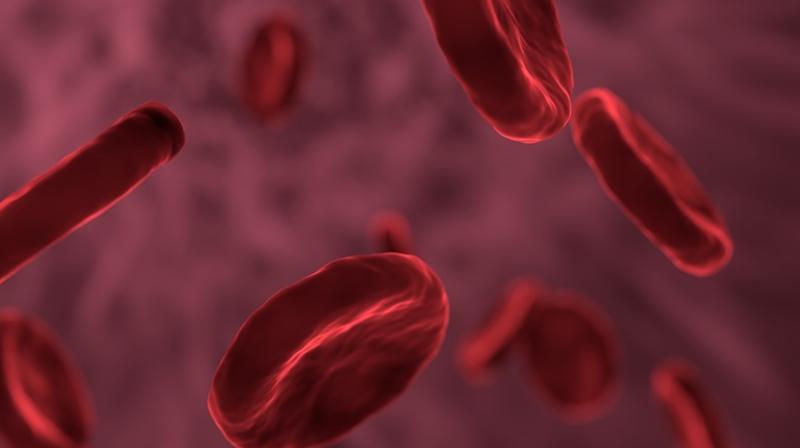 Washington: A new study has found that genetic mutations in the form of non-small cell lung cancer (NSCLC) may drive tumor formation by blurring cells' perception of key growth signals.

The study, conducted at the University of California, has important implications for understanding and ultimately targeting the defective mechanisms underlying many human cancers.

Healthy cells rely on the central Ras/Erk growth signaling pathway (also known as the Ras/MAPK pathway) to interpret external cues about how and when to grow, divide, and migrate, but defects in how these messages are communicated can cause cells to grow out of control and aggressively invade other parts of the body.

Such mutations are found in the majority of human cancers, making treatments for Ras/Erk defects a 'holy grail' of cancer research.

Optogenetics, in which light-sensitive proteins are genetically engineered into cells in order to make them respond to pulses of light, has been a transformative laboratory technique in neuroscience. It allows researchers to control and study electrical activity patterns within networks of neurons with exquisite precision. By using the same approach to explore patterns of chemical communication within individual cells, the new research has revealed that some Ras/Erk mutations may trigger cancer by altering the timing, rather than the intensity of cellular growth signals.

The new study also shows that this blurring of signal timing may explain why some targeted drugs designed to shut off defective Ras/Erk signaling can paradoxically activate the pathway instead potentially raising the risk of new tumor formation.

"This new technique is like a diagnostic instrument that we hook up to a diseased cell, which lets us stimulate and interrogate the cell with many light-based stimuli to see how it responds," said Wendell Lim, senior author of the study.

The Ras/Erk pathway is complex, but at its core is a cascade of four proteins -- Ras, Raf, Mek, and Erk -- that activate one another like a chain of falling dominoes in response to growth signals from outside the cell. Ras sits at the cell membrane and receives incoming signals, then passes them along to Raf and Mek, which process and amplify them, until finally, Erk (also called MAP Kinase or MAPK) transports the signal into the cell nucleus, where it can activate the appropriate genetic programs.

To track cells' responses to different patterns of Ras activation, the researchers engineered the OptoSOS system into multiple lines of healthy and cancerous cells and placed different groups of these cells into an array of small wells in a laboratory dish. By illuminating this dish with a specially designed device - dubbed the optoPlate - the team was able to rapidly stimulate hundreds of different experimental groups of cells with a variety of test patterns, and simultaneously read out their responses under a microscope.

These techniques revealed that healthy cells respond selectively to long-lasting growth signals while ignoring signals that flicker on and off -- presumably considering them to be irrelevant 'noise.' In contrast, the researchers found that certain non-small cell lung cancer (NSCLC) cell lines appear to misinterpret these intermittent noisy signals as stronger, sustained signals, triggering excessive growth and tumor formation.

This misreading of signals appears to occur because of a specific type of mutation in the protein B-Raf corrupts the timing of incoming growth signals, the researchers found, causing short pulses of Ras activation to reverberate for longer within an affected cell - similar to how the 'sustain' pedal on a piano causes individual notes to be drawn out and blur together.

When the researchers activated Ras in healthy cells with a brief pulse of OptoSOS stimulation, Erk would turn on and off again with only about a two-minute lag. In contrast, in B-Raf mutant cells, it took Erk activity 20 minutes to dissipate following OptoSOS stimulation, and further experiments showed that this resulted in activation of downstream genetic programs associated with cell growth and proliferation.

The researchers also showed that some targeted cancer drugs that are intended to shut down overactive components of the Ras/Erk signaling pathway may blur the fidelity of signaling much as B-Raf mutations do. Specifically, they found that vemurafenib and SB590885 - part of a class of drugs called paradox activating B-Raf inhibitors - significantly slowed how long it took Ras/Erk activity to shut off following OptoSOS stimulation, which could help researchers understand these drugs' known risk of triggering new tumor formation in patients.

The findings are published in the Journal of Science.