Life   Health  02 Nov 2018  Use of antidepressants higher among men who get surgery and radiation for prostate cancer
Life, Health

Prostate cancer patients often fit the demographic profile (white, older age, and male) of someone at risk for depression. 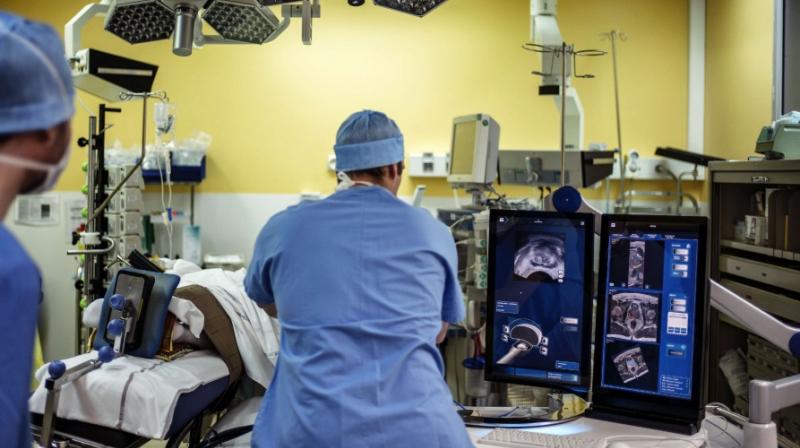 Men with prostate cancer who get surgery or radiation are also more likely start taking antidepressants than their counterparts who don’t get aggressive treatment, a recent study suggests.

Many men with early-stage prostate cancer may not need treatment right away, or ever, because these tumors often don’t grow fast enough to cause symptoms or prove fatal. In the absence of symptoms or tests that suggest tumors are growing quickly, doctors may advise men to put off immediate treatments like surgery or radiation and instead get regular screenings to reassess whether the cancer is dangerous enough to warrant intervention.

For the current study, researchers examined data on men with early-stage prostate cancer, including 4,952 people who had surgery, 4,994 who got radiation and 2,136 who opted instead for surveillance, or “watchful waiting.” In the year before their cancer diagnosis, 7.7 percent of the men were prescribed antidepressants, and this climbed to 10.5 percent in the first year after diagnosis.

Compared to a control group of men in the general population without a prostate cancer diagnosis, men with prostate cancer were 49 percent more likely to be taking antidepressants five years after surgery and 33 percent more likely to take antidepressants five years after radiation treatment, the study found.

But watchful waiting wasn’t linked to any increase in the odds of men taking antidepressants.

“Once they receive treatment for prostate cancer, whether that is surgery or radiation, they may experience treatment-related side effects, such as erectile dysfunction, incontinence, and bowel dysfunction, which can significantly worsen quality of life,” Nam said by email.

Men in the study who received surveillance tended to be older and were more likely to have multiple chronic health problems than the patients who got surgery or radiation.

The study wasn’t a controlled experiment designed to prove whether or how different approaches to prostate cancer treatment might directly impact mental health. Another limitation is the potential for factors not measured in the study to have influenced both the treatment decisions men made and their mental health, researchers note in European Urology.

A separate study in the same journal, however, looked at trends in management of erectile function after prostate cancer surgery and offered fresh evidence that many men may be missing out on interventions that could improve their sexual health and quality of life.

The study examined data on 2,364 patients who had prostate cancer surgery at one U.S. academic medical center between 2008 and 2015.

Researchers didn’t find any meaningful changes in the proportion of men who had erectile dysfunction up to two years after surgery, despite advances in surgical care and postoperative penile rehabilitation during the study period.

This study also wasn’t a controlled experiment, and it’s possible that results from a single medical center might not reflect outcomes for men who got prostate cancer treatment elsewhere.

The study also didn’t examine how any use of antidepressants might have played a role in men’s sexual health after prostate cancer surgery.

“Identifying the cause of the sexual dysfunction can be complicated as these symptoms are also associated with dression and can be improved once the patient’s depression is treated,” Nam added.

“A healthy lifestyle, consisting of a well-balanced diet and exercise, is an important way to promote good sexual function, regardless of underlying medical conditions.”