Life   Health  02 Dec 2017  Cannabis use may up risk of bipolar symptoms in young adults
Life, Health

Cannabis use may up risk of bipolar symptoms in young adults

Researchers from the University of Warwick in the UK found that adolescent cannabis use is an independent risk factor for future hypomania. 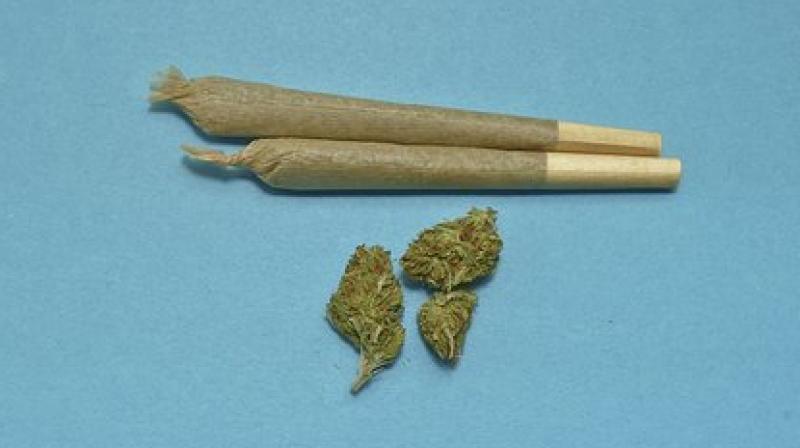 Bipolar symptoms such as periods of elated mood, over-active and excited behaviour, and reduced need for sleep. (Photo: Pixabay)

Young adults who smoked marijuana frequently during their teens may be at increased risk of bipolar symptoms such as periods of elated mood, over-active and excited behaviour, and reduced need for sleep, a study has found.

Researchers from the University of Warwick in the UK found that adolescent cannabis use is an independent risk factor for future hypomania, and have a significant impact on day-to-day life.

The research analysed data from the Avon Longitudinal Study of Parents and Children and found that teenage cannabis use at least 2-3 times weekly is directly associated with suffering from symptoms of hypomania in later years.

There was a dose response relationship such that any use still increased the risk but less powerfully.

The research is the first to test the prospective association between adolescent cannabis use and hypomania in early adulthood, whilst controlling for important other factors that might explain this connection.

Cannabis use was also found to mediate the association of both childhood sexual abuse and hypomania, and male gender and hypomania.

The findings suggest frequent adolescent cannabis use is likely to be a suitable target for interventions that may allay the risk of young people developing bipolar disorder.

"Cannabis use in young people is common and associated with psychiatric disorders. However, the prospective link between cannabis use and bipolar disorder symptoms has rarely been investigated," said Steven Marwaha, who led the study.

"Adolescent cannabis use may be an independent risk factor for future hypomania, and the nature of the association suggests a potential causal link. As such it might be a useful target for indicated prevention of hypomania," said Marwaha.

Cannabis is one of the most commonly used illegal substances of abuse in western countries.