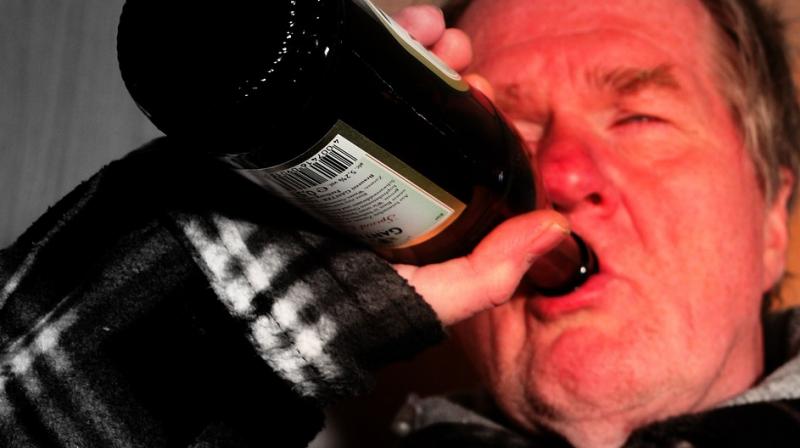 Treatment of alcohol abuse should be recognised as part of a preventive strategy in modifying the risk of cardiac disease. (Photo: Pixabay)

Los Angeles: Alcoholics may be at an increased risk of heart attack and other cardiovascular diseases, a new study has warned.Several studies have suggested moderate levels of alcohol consumption may help prevent heart attacks and congestive heart failure, researchers said.

However, even low to moderate levels of consumption has been shown to increase AF.
"While generally believed that alcohol is protective against heart attacks, these findings demonstrate that excessive alcohol consumption may actually substantially increase risk," said Gregory Marcus from UCSF. "While alcohol as a risk factor for atrial fibrillation (AF) and heart failure has long been known, we sought to leverage these millions of patient records to provide an assessment of the patient characteristics that might influence
that risk," said Marcus.

"Alcohol in excess should not be considered cardio-protective but rather cardio-toxic, contributing to heightened risk for all three major, yet distinct, cardiac adverse outcomes," he said. "Treatment of alcohol abuse should be recognised as part of a preventive strategy in modifying the risk of cardiac disease," he added. Alcohol abuse is a pattern of drinking resulting in harm to one's health, interpersonal relationships or ability to work.

Researchers utilised the Healthcare Cost and Utilisation Project (HCUP) to analyse California residents age 21 and older who received ambulatory surgery, emergency or inpatient medical care in the state from 2005 to 2009. The researchers identified subgroups associated with heart attack, AF and congestive heart failure and determined the risk of an alcohol abuse diagnosis on these three diseases. They then compared them with already established cardiovascular risk factors, such as high blood pressure and diabetes.

Among 14,727,591 residents in the database, 268,084 (1.8 per cent) were coded with an alcohol abuse diagnosis. The analysis found that alcohol abuse was associated with
an increased risk of heart attack, AF and congestive heart failure of at least a similar magnitude to well-established risk factors for each disease.Specifically, those California residents with alcohol abuse had more than three times the risk of AF, much higher
than the majority of well-established risk factors.

For heart attack and congestive heart failure, the risk from alcohol abuse was similar to multiple well-established risk factors such as diabetes and high blood pressure.
Individuals without the conventional risk factors for cardiovascular disease exhibited a disproportionately enhanced risk for all three conditions. The study appears in the Journal of the American College of Cardiology (JACC).