A lack of solid data on new drugs' benefits and risks makes it difficult to evaluating their value. 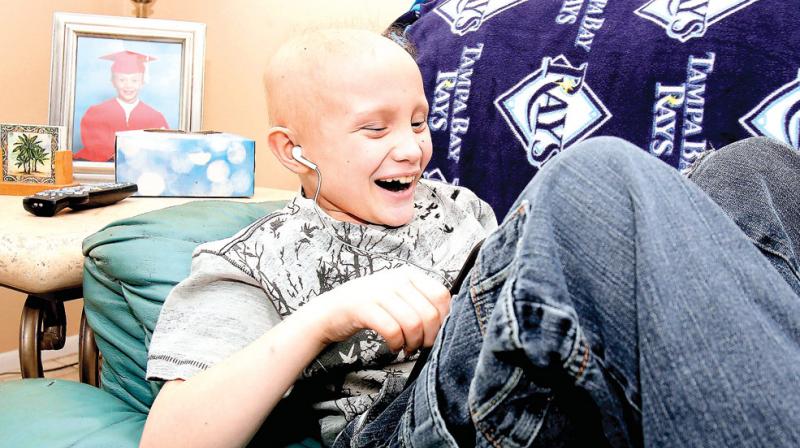 Twenty-three drugs were individually tied to an increase in survival (Photo: AFP)

Washington: Drugs recently approved around the world to fight cancer increased patients' overall survival, but benefits vary depending on the drug, a new study shows.

Researchers looked at the 62 cancer drugs approved in the U.S. and Europe between 2003 and 2013 and found they extended survival by an average of about 3.5 months.

But nearly a third of the drugs lacked evidence to suggest they increased survival when compared to alternative treatments.

"Our results point to the notion that new cancer treatments may not always provide patients with greater clinical benefits, or lower risks, over existing treatments," wrote senior researcher Dr. Elias Mossialos, of the London School of Economics and Political Science, in an email to Reuters Health.

The risk-benefit ratio of new drugs is especially important if people are concerned, for example, about whether the cost of a drug would make it difficult for a person to complete the treatment regimen.

Writing in JAMA Oncology, Mossialos and colleagues point to growing questions about the value of new cancer medicines. While the drugs' high costs may be a barrier to access, they note, some people argue the high prices are justified if the treatments offer large benefits.

A lack of solid data on new drugs' benefits and risks makes it difficult to evaluating their value. For the 62 medicines they wanted to study, the researchers found data from England, France and Australia evaluating 53 drugs. Nearly 80 percent were tied to improvements in survival, quality of life or safety.

The drugs increased survival - with or without recurrence - by about 3.5 months on average, compared to other treatments available in 2003.

Twenty-three drugs were individually tied to an increase in survival of three months or more. Six drugs extended survival by less than three months. Eight drugs increased survival by an unknown amount. And for 16 of the approved drugs, there was no evidence to suggest they were better than alternative treatments at extending survival.

The researchers point out in an email that overall survival benefits differed by the type of drug. For example, drugs for thyroid cancer were tied to no increase in overall survival, while drugs to treat breast cancer were linked to an average increase of about 8.5 months.

Twenty-two of the drugs were tied to an improved quality of life, but 24 were linked to worse patient safety, which include side effects and whether a person could tolerate the treatment.

The researchers write in their email that they extending the study to look at newer drugs. They are also working to link their evidence with the cost of individual medicines.

Mossialos said the study should remind people of the importance of the relationship between doctors and patients. He said, "Patients should work with their physicians to consider all available evidence that exists in support of individual treatments, and use this alongside any inputs from their clinician to identify the treatment that would best correspond with their own medical and personal circumstances."