Life   Health  03 Mar 2018  Mums who sleep with babies past 6 months are at double risk of depression
Life, Health

Researchers point out sharing bed may not only cause stress, but make it more difficult for parents to sleep well. 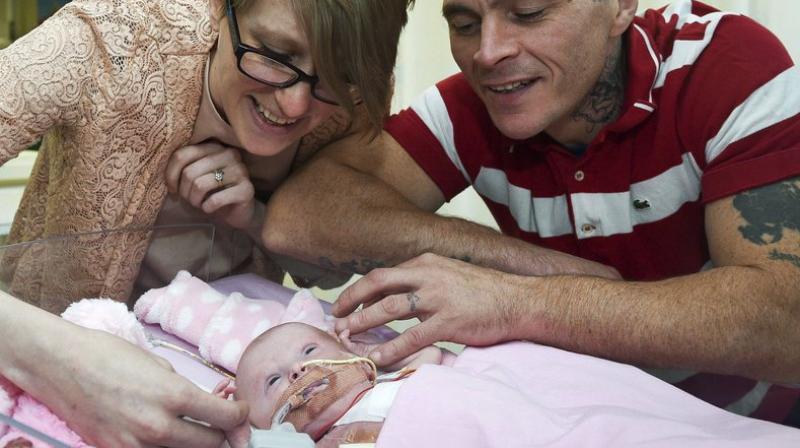 Study shows women that co-bedded longer were more likely to worry over their baby's sleep and think they are being criticized. (Photo: AP)

A new study now finds that mums who sleep with their babies in the same bed beyond six months are almost twice as likely to suffer from depression.

According to the study conducted by Penn State University, women that co-bedded longer were more likely to worry over their baby's sleep and think they are being criticized - putting a strain on their relationships.

On average, these mothers reported being about 76 per cent more depressed than those who had moved their baby into a separate room.

The researchers pointed out that sharing a bed may not only cause stress, but make it more difficult for parents to sleep well, making then more vulnerable to depression.

Baby blues are common for new mums as hormonal changes and pure exhaustion combine to work against their mental health. But postpartum depression can be a much more serious and lasting condition.

While about 80 percent of women get the so-called blues, only 15 percent of births are accompanied by a mother's postpartum depression (PPD).

PPD usually sets in between a week and a month after a baby's birth, and can last for months. This, coupled with stress can put mothers at greater risk of developing symptoms - like hopelessness, spontaneous crying, and even violent thoughts.

Lead author of the study, Dr Douglas Teti, said that persistent co-sleepers - the moms that were still co-sleeping after six months - were the ones who seemed to get the most criticism. This fuelled them to report greater levels of worry about their baby's sleep.

Concerns about sudden infant death syndrome (SIDS) or the desire for babies to learn how to fall asleep on their own may be why many prefer them to sleep alone.

Dr Teti said the study published in Infant and Child Development was not about whether co-sleeping is good or bad, but the importance of finding an arrangement that works well without neglecting a partner or spouse.