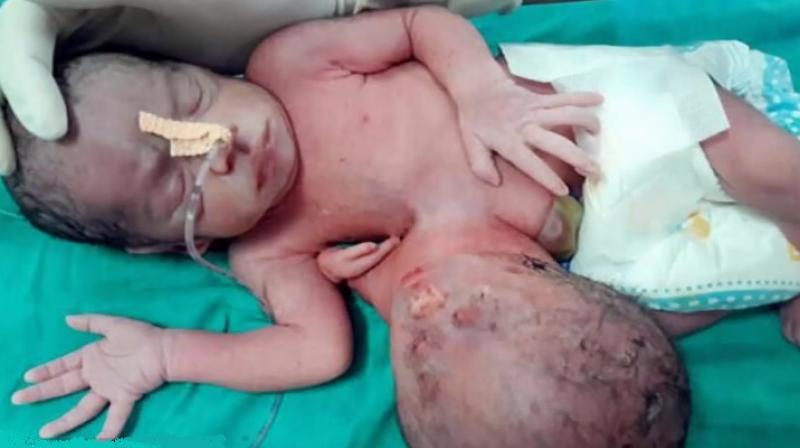 The apendage of the extra head was removed (Photo: YouTube)

Jaipur: A rising number of cases with children having birth deformities have emerged recently due to more outreach for the media. Thankfully medical technology ensures that people understand these conditions especially when children are usually branded as supernatural or aliens.

One such case from India tells the story of a girl born with an extra head protruding from her stomach. The head is a manifestation of an undeveloped twin which is also called a parasitic twin since it was feeding off the bloodstream and depriving the infant from getting nutrients necessary for her survival.

The head didn’t have ears or eyes since it wasn’t fully developed and it also came with one extra hand. Such cases are known to be just one in a million and for now the baby is safe since the appendage of the undeveloped twin has been removed surgically.

The condition is usually caused by delay in separation of embryos in case of twins, as one depends on vital organs of the fully developed child, putting both at risk. The hospital didn’t charge the parents for the procedure and the baby is now recovering.