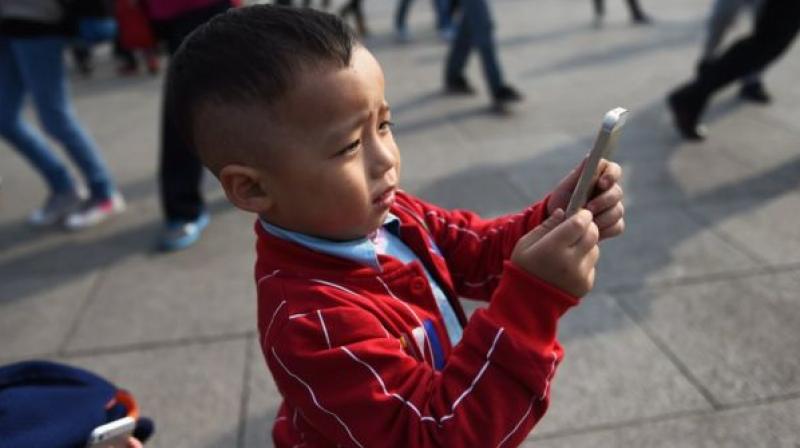 It is unclear whether high levels of technology use were simply a marker of elevated same-day mental health symptoms (Photo: AFP)

New York: Excess use of smartphones and other devices may lead to attention, behaviour and self-regulation problems for adolescents already at risk for mental health issues, a new study warns.

Researchers from Duke University in the US analysed about 151 young adolescents who completed surveys on smartphones about their daily digital technology use.

The participants were surveyed three times a day for a month and were assessed for mental health symptoms 18 months later.

Participants were between 11 and 15 years old, were from a lower socio-economic status and had an increased risk for mental health problems.

They spent an average of 2.3 hours a day using digital technologies. More than an hour of that time was spent texting, with the participants sending an average of 41 texts a day.

Researchers found that on days when adolescents used their devices more - both when they exceeded their own normal use and when they exceeded average use by their peers - they were more likely to experience conduct problems such as lying, fighting and other behavioural problems.

Researchers noted that the adolescents were already at an increased risk for mental health problems regardless of digital device use.

They also found that young adolescents who spent more time online experienced increase in conduct problems and problems with self-regulation - the ability to control one's behaviour and emotions - 18 months later.

"It is unclear whether high levels of technology use were simply a marker of elevated same-day mental health symptoms or if the use of technology exacerbated existing symptoms," said Candice Odgers, professor at Duke University.

"This finding makes sense when you think about how kids are commonly using devices to connect with their peers and social networks," said Odgers.

The study was published in the journal Child Development.