Lynch syndrome is typically associated with an increased risk of colorectal and endometrial cancers. 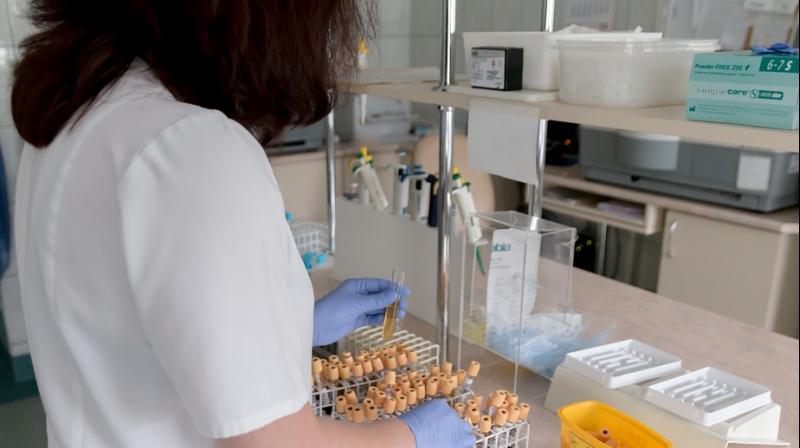 CHICAGO: Lynch syndrome, a rare hereditary disease typically associated with an increased risk of colorectal and endometrial cancers, appears to be linked with several additional types of cancer than previously thought, U.S. researchers said on Saturday.

The finding, presented at the American Society of Clinical Oncology (ASCO) meeting in Chicago, followed a genetic analysis of 15,000 tumour samples from 50 different cancer types looking for glitches known as high microsatellite instability (MSI-H). The genetic marker is associated with a large number of DNA abnormalities in a tumour.

Patients with colorectal and endometrial cancers are routinely tested for MSI-H to screen for Lynch syndrome, which occurs in about 1 in 300 people in the United States or about 3 percent of all cases of colorectal cancer. People who test positive, and their family members, receive genetic counselling, aggressive screening and potentially preventive surgeries.

In the new study, researchers at Memorial Sloan Kettering Cancer Center in New York found that 16 percent of patients with a wider variety of tumours that featured MSI-H also had Lynch syndrome. “Our findings suggest that all patients with MSI-H tumours should be tested for Lynch syndrome, regardless of cancer type or personal history,” said study author Dr. Zsofia Kinga Stadler.

Tumours in the study came from patients treated at Memorial Sloan Kettering and were analysed using a next-generation sequencing test called MSK-IMPACT that looks for mutations in hundreds of cancer-related genes.

About a quarter of the roughly 1,000 tumours identified with high or moderate levels of MSI were colorectal or endometrial cancers. But nearly 50 percent of such tumours found in patients who tested positive for Lynch syndrome had cancer types not previously, or rarely, linked to the syndrome, including mesothelioma, sarcoma, adrenocortical cancer, melanoma, prostate and ovarian germ cell cancer.

“These are tumour types that we would never have referred for genetic counselling,” said Dr. Shannon Westin of MD Anderson Cancer Center in Houston, an ASCO expert who was not involved in the study.

Testing for MSI-H has become increasingly common since last spring, when the U.S. Food and Drug Administration approved the use of Merck & Co’s immunotherapy drug Keytruda in MSI-H tumours, regardless of where in the body they occur.

At MD Anderson, where Westin treats patients with gynaecologic cancers, testing for a large panel of genetic mutations has long been routine. She said the tests have also become increasingly covered by insurance companies since March, when the U.S. Centers for Medicare and Medicaid Services said it would cover Foundation Medicine’s next-generation sequencing test for Medicare-eligible patients with advanced cancer.

“Data like this is going to encourage (these tests) to become the standard of care,” Westin said.