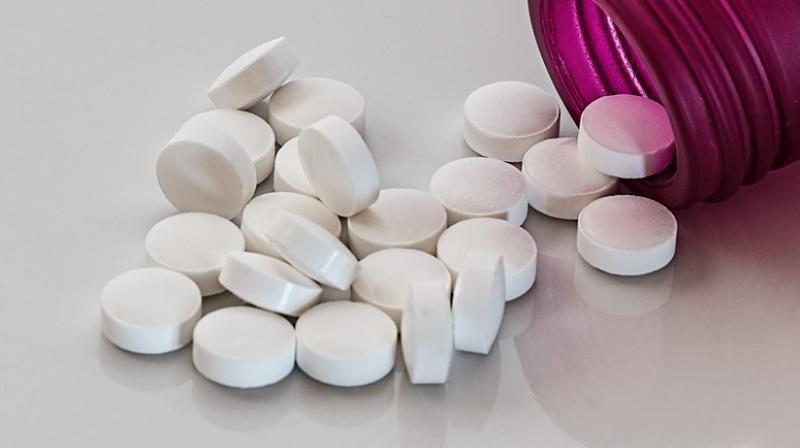 Low dose aspirin may help treat Alzheimer's by enabling cells in the brain to clear away a toxic protein responsible for the disease, a study on mice has found.

"The results of our study identify a possible new role for one of the most widely used, common, over-the-counter medications in the world," said Kalipada Pahan, a professor at Rush University Medical Center in the US.

Although the exact cause of Alzheimer's disease progression is unknown, impaired clearance of toxic amyloid beta, especially from the hippocampus, is a leading mechanism.

Activating the cellular machinery responsible for removing waste from the brain has therefore emerged as a promising strategy for slowing the disease. Amyloid beta forms clumps called amyloid plaques, which harm connections between nerve cells and are one of the major signs of Alzheimer's disease.

Published in The Journal of Neuroscience, the study shows that aspirin decreases amyloid plaque pathology in mice by stimulating lysosomes - the component of animal cells that help clear cellular debris. "Understanding how plaques are cleared is important to developing effective drugs that stop the progression of Alzheimer's disease," said Pahan.

A protein called TFEB is considered the master regulator of waste removal. The researchers gave aspirin orally for a month to genetically modified mice with Alzheimer's pathology, then evaluated the amount of amyloid plaque in the parts of the brain affected most by Alzheimer's disease.

They found that the aspirin medications augmented TFEB, stimulated lysosomes and decreased amyloid plaque pathology in the mice. "This research study adds another potential benefit to aspirin's already established uses for pain relief and for the treatment of cardiovascular diseases," said Pahan.