Malaria is a serious disease, which has caused nearly 400,000 deaths worldwide and in India and infected 1.3 million people. 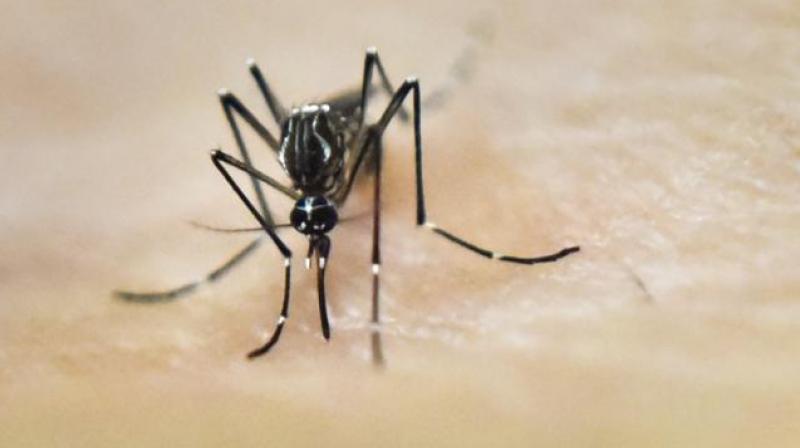 Primary cytoskeleton proteins are different in malaria parasites than humans and this can be a starting point of treatment against malaria infections and new anti-malarial drug design research. (Photo: AFP)

A Germany-based Indian-origin scientists research alongside international experts has offered hope for more effective malaria therapy by finding the reason behind the faster movement of the malaria-causing parasite in humans.

Dr Prajwal Nandekar joined Dr Ross Douglas and other team members for a new collaborative study by scientists from the Center for Molecular Biology (ZMBH) and the Heidelberg Institute for Theological Studies (HITS) and Heidelberg University Clinic in Germany to conclude that the actin protein is an important factor for the faster movement of malaria-causing parasite.

Malaria is a serious disease, which has caused nearly 400,000 deaths worldwide and in India and infected 1.3 million people. The teams research paper on the subject, published in PLoS Biology journal last month, explains that the speed of the malaria parasite is 10 times faster than the fastest human immune cells. As a result, it is very difficult for human immune cells to catch and kill these fast-moving parasites.

Nandekar, a specialist in computer-aided drug discovery techniques who is currently working as a scientist at the University of Heidelberg, and the team of scientists have now discovered the reason for the faster movement of these parasites by studying the actin protein.

"The actin proteins and their architecture is different in parasite and humans. These differences are responsible for the faster movement of a malaria parasite. This scientific understanding has not only changed the way of dealing with the parasite but also helpful to pharmaceutical scientists to design new drugs against malaria," Nandekar explains.

Primary cytoskeleton proteins are different in malaria parasites than humans and this can be a starting point of treatment against malaria infections and new anti-malarial drug design research.

Nandekar adds: "Many actin proteins assemble together in a special arrangement and form a long rope-like structure. This particular arrangement is responsible for the faster movement of malaria parasites, which is different in human cells and is important for proper cell functioning, such as in muscle cells this enables proper movement.

"Surprisingly, if scientists understand the movement of malaria parasites and the differences between human and parasite actin protein, it is possible to target the actin filaments and make the parasite stop. This research opens up a new dimension for anti-malarial drug design and gave us a hope for the new anti-malarial drugs."