If babies have been breastfed, this can be less of a shock to the tastebuds. 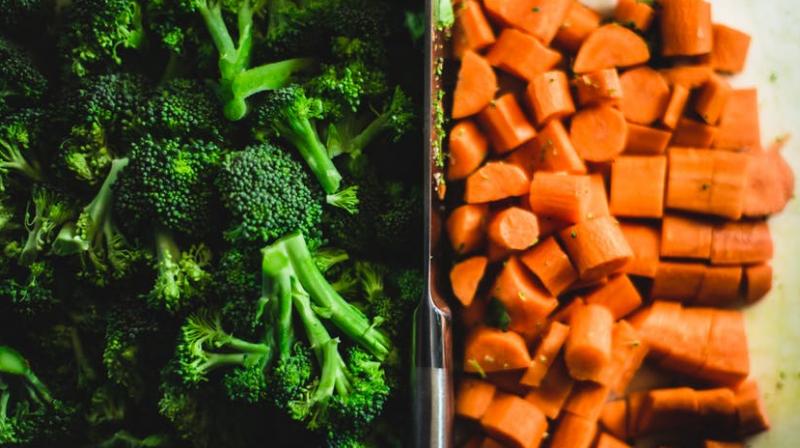 London:  Dear moms! Here's an easy way to make your child more likely to like the greens. Researchers from the Monell Chemical Senses Centre in Philadelphia have concluded that breastfeeding babies exposes them to the flavour of vegetables through the milk.

When a child starts eating solid foods, the flavours of many vegetables seem strong to them. But if they've been breastfed, this can be less of a shock to the tastebuds.

"Every baby's sensory experience is unique, but the flavour of their first food, beginning in utero, is dependent on what mum is eating," said Julie Mennella, lead study author and a biopsychologist at the Monell Chemical Senses Center in Philadelphia. "The way I see it is: Mother's milk is the ultimate in precision medicine," she added.

When a pregnant woman eats vegetables, they flavour her amniotic fluid and then her breast milk. This helps the baby get used to the taste. The researchers told 97 women to drink beetroot, celery or carrot juice, and they then tracked the eating habits of their children as they grew up.

The women were split into five groups: three groups drank a half cup of juice before nursing for a month, but each group started at a different time - one group started drinking the vegetable juice when their babies were two weeks old, another at six weeks old and another at 10 weeks.

A fourth group of mothers drank juice for three months, beginning when their babies were two weeks old. The fifth group was a control group who drank no juice. When the babies started eating solid foods at eight months old, they were offered plain cereal, carrot-flavoured cereal or broccoli-flavoured cereal.

The researchers found that the babies whose mothers had drank the juice preferred the carrot-flavoured cereal over both plain and the unfamiliar broccoli cereal. Timing plays a role too - the babies whose mothers started drinking juice at the earliest stage ate more of the carrot-flavoured cereal and faster too. It all comes down to learning through repeated exposure.