Scientists wanted to have a better understanding of glaucoma so that it can be more effectively treated. 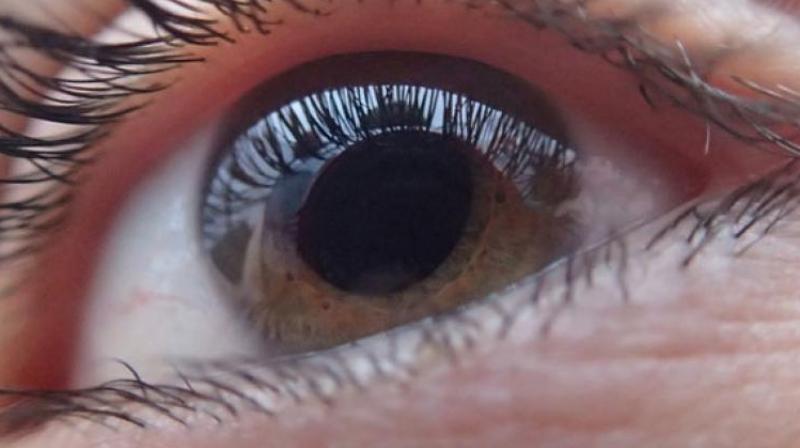 Washington: Scientists have used a gene editing tool to disrupt a mutation responsible for some forms of glaucoma, an advance that could help prevent one of the most common causes of irreversible blindness in humans.

A team led by researchers from the University of Iowa in the US eliminated mutated myocilin protein from a mouse model of human glaucoma and cultured human cells through the use of CRISPR-Cas9, which can alter DNA sequences and gene function. Mutations in myocilin are implicated in juvenile- and adult-onset primary open-angle glaucoma.

The research, published in the the journal PNAS, found that removing the mutated protein by disrupting the mutant myociln results in lowered intraocular pressure, which in turn prevents glaucomatous damage to the eye.

"As scientists we don't want to just discover a diseased gene, we want to understand what the gene does and, in this case, have a better understanding of glaucoma so that it can be more effectively treated," said Val Sheffield, from the University of Iowa. "No one knows what this gene does, except that its mutant form causes glaucoma," Sheffield said.

Glaucoma is a common vision and neurodegenerative disorder affecting three to 5% of people over the age of 40. An early precursor to the most common form of this disease known as primary open-angle glaucoma is high intraocular pressure - fluid pressure inside the eye - that damages retinal ganglion axons at the optic nerve and leads to death of retinal ganglion cells that carry the visual signals to the brain, which can cause blindness.

In addition, this same genome editing technology eliminated myocilin expression in perfusion cultured human eyes, that will translate into a unique new therapy to treat myocilin glaucoma in humans.