Difference in methylation between those who had been abused and those who had not might one day be useful as a biomarker for investigators. 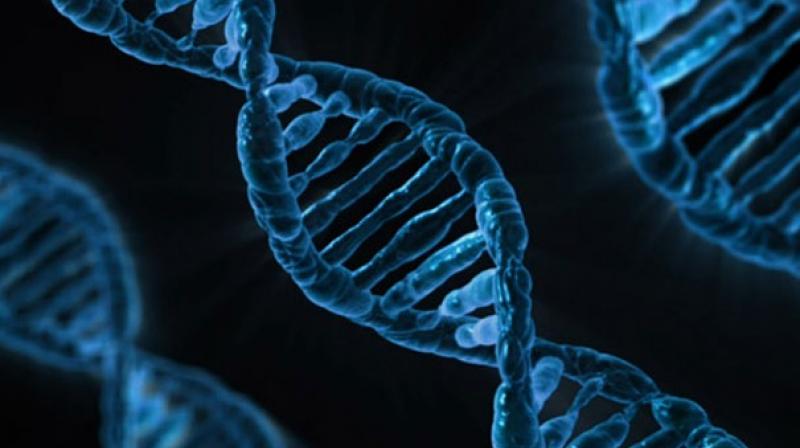 The researchers found a distinctive methylation difference between victims and non-victims in 12 regions of the men's genomes. (Photo: Pixabay)

Toronto: Victims of childhood abuse carry an imprint of the trauma in their DNA, which are detectable years later and could be used as evidence in court, scientists say.

The findings, based on a comparison of chemical tags on the DNA of 34 adult men, still need confirmation from larger studies, and researchers don't know if this tagging -- known as methylation -- affects the victims' health.

However, the difference in methylation between those who had been abused and those who had not might one day be useful as a biomarker for investigators or courts in weighing allegations of child abuse.

"Methylation is starting to be viewed as a potentially useful tool in criminal investigations -- for example, by providing investigators with an approximate age of a person who left behind a sample of their DNA," said Michael Kobor, a professor at University of British Columbia (UBC) in Canada.

"So it's conceivable that the correlations we found between methylation and child abuse might provide a percentage probability that abuse had occurred," said Kobor. Methylation acts as a "dimmer switch" on genes, affecting the degree to which a particular gene is activated or not.

Scientists are increasingly looking at this turning on and turning off of genes, known as epigenetics, because it is believed to be influenced by external forces -- a person's environment or life experiences.

The researchers decided to look for methylation in sperm cells, on the premise that childhood stress might inflict long-term physical health effects not only on the immediate victims, but also on victims' offspring, as demonstrated in previous animal experiments.

They identified a group of men who are part of a much larger, long-term health tracking study, and asked them to donate their sperm. In detailed questionnaires they had completed years before, some of the men said they had been victims of child abuse.

The researchers found a distinctive methylation difference between victims and non-victims in 12 regions of the men's genomes. The scientists were struck by the degree of "dimming" in those dozen regions: Eight DNA regions were more than 10 per cent different, and one region showed a difference of 29 per cent.

The study, published in Translational Psychiatry, does not demonstrate long-term physical consequences of child abuse, because it is still unknown how methylation of those genetic regions affects a person's health. In addition, scientists do not know if methylation patterns survive the messy process of fertilisation and thus can be passed down to a person's children.

"When the sperm meets the egg, there is a massive amount of genetic reshuffling, and most of the methylation is at least temporarily erased," said Andrea Roberts, a research scientist at the Harvard T H Chan School of Public Health in the US.

"But finding a molecular signature in sperm brings us at least a step closer to determining whether child abuse might affect the health of the victim's offspring," said Roberts.