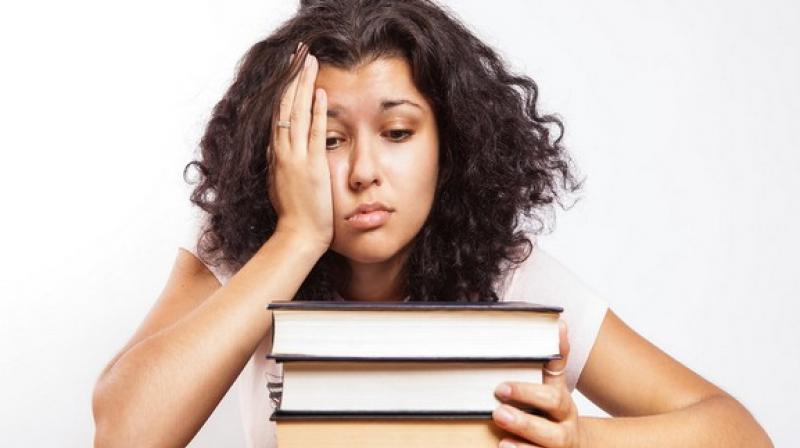 The study also revealed no improvement in scores for those who made sure to get a good night's sleep right before a big test. (Photo: ANI)

Washington: Sleep and grades go hand in hand. Yes, researchers in a new study have found a strong relationship between a student's grades and their sleep time.

What time students go to bed and the consistency of their sleep habits also make a big difference. It also states that getting a good night's sleep just before a big test is not enough – it takes several nights in a row of good sleep to make a difference, according to the study published in the journal 'Science of Learning'.

Researchers incorporated 100 students in an MIT engineering class who were given Fitbits, in exchange for the researchers' access to a semester's worth of their activity data. One of the surprising findings was that individuals who went to bed after some particular threshold time – for these students, that tended to be 2 a.m., but it varied from one person to another – tended to perform less well on their tests no matter how much total sleep they ended up getting.

Researchers were also trying to find a correlation between physical exercise and the academic performance of students. In addition to having 100 of the students wear Fitbits for the semester, they also enrolled about one-fourth of them in an intense fitness class. There wasn't any relation. Those without the fitness classes performed just as well as those who did take them.

"What we found at the end of the day was zero correlation with fitness, which I must say was disappointing since I believed, and still believe, there is a tremendous positive impact of exercise on cognitive performance," said MIT Prof Grossman.

He speculated that the intervals between the fitness program and the classes may have been too long to show an effect. While the devices weren't explicitly monitoring sleep, the Fitbit program's proprietary algorithms did detect periods of sleep and changes in sleep quality, primarily based on lack of activity.

There was essentially a straight-line relationship between the average amount of sleep a student got and their grades on the 11 quizzes, three midterms, and final exam, with the grades ranging from A's to C's.

"In this study the benefits of sleep are correlated to performance in the context of a real-life college course, and driven by large amounts of objective data collection," explained Grossman. The study also revealed no improvement in scores for those who made sure to get a good night's sleep right before a big test.

Another surprising finding is that there appears to be a certain cutoff for bedtimes, such that going to bed later results in poorer performance, even if the total amount of sleep is the same. "When you go to bed matters. If you get a certain amount of sleep – let's say seven hours – no matter when you get that sleep, as long as it's before certain times, say you go to bed at 10, or at 12, or at 1, your performance is the same. But if you go to bed after 2, your performance starts to go down even if you get the same seven hours. So, quantity isn't everything," the Prof added.