Fear of dying? Mushrooms may help 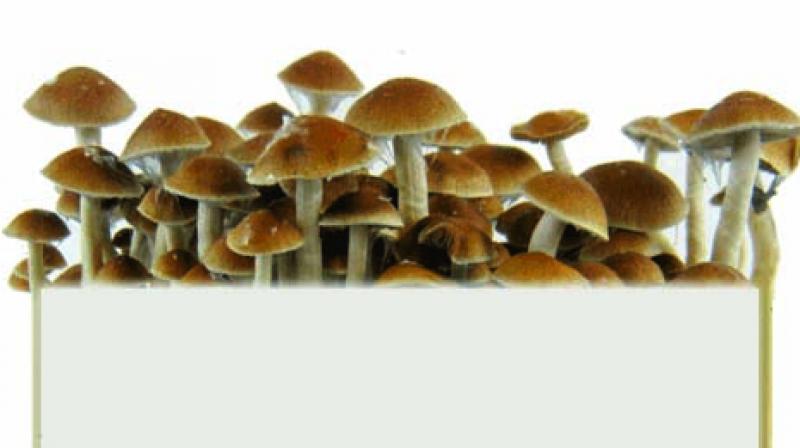 This is a potential pathway to clinical approval,” said Roland Griffiths, a professor of psychiatry and behavioural sciences at JHU School of Medicine.

Dinah Bazer was diagnosed with ovarian cancer in the spring of 2010. The Brooklyn resident, an ice skating teacher and former bank IT programmer in her 60s, was devastated. Luckily, doctors were able to successfully treat her disease with chemotherapy, but the dread of a reoccurrence just wouldn’t go away. It was like waiting for the other shoe to drop. “I was totally consumed with fear and anxiety,” she said on a recent call with a group of reporters.

So in 2011, Bazer enrolled in a trial at New York University, where researchers were looking to test a substance that they hoped would have a seemingly ‘mystical’ ability to lift depression and anxiety connected to fear about life’s end. The drug they were testing wasn’t one dreamed up in a lab. It’s the essential component of psychoactive magic mushrooms, psilocybin. In a living-room-like setting at the Bluestone Centre at the NYU College of Dentistry, accompanied by trained therapists, Bazer took a pill. At first she couldn’t know whether it was the drug or a placebo, but once the effects started to come on, it would be clear. Sure enough, within about 40 minutes, she started to ‘trip’. “I visualised my fear as physical mass in my body,” a black concentration, she said. She became angry, volcanic. She screamed. “Get the f-out!” And then this woman who said she had been an atheist her entire adult life and still is had a strange sensation. “I was bathed in God’s love, and that continued for hours,” she said. “I really had no other way to describe this incredibly powerful experience.” The feeling faded, but so did her fear, depression, and anxiety. They have not returned.

Spring for psychedelics:
Bazer was a participant in one of two controlled clinical trials of the effects of psilocybin on patients dealing with depression and distress related to facing the end of life. Aside from a few smaller pilot studies, these two trials — one by researchers from Johns Hopkins University and the other, which Bazer participated in, at NYU were the first major ones of their kind.

The results from both studies were published in the Journal of Psychopharmacology on December 1, along with 10 commentaries by prominent experts in the field of psychiatry. The results from both trials were encouraging enough that the scientists involved hope they’ll be able to get consent from the Food and Drug Administration to move forward to a large-scale Phase 3 study, the third and final set of human trials that is needed before the FDA considers approving a new drug.

“This is a potential pathway to clinical approval,” said Roland Griffiths, a professor of psychiatry and behavioural sciences at JHU School of Medicine, who led the JHU study and is one of the pioneers in the modern era of psychedelic research. “But that (approval) requires the next step of going to the FDA and getting permission to move forward.”

The recent announcement that the FDA would allow trials using MDMA — the chemical name for the drug commonly known as Molly or Ecstasy to treat post-traumatic stress disorder to move to Phase 3 gives him hope, too, especially since he says MDMA might have even more ‘baggage’ than psilocybin when it comes to getting approval.
— Source: www.sciencealert.com