Organic foods do not contain growth hormones or antibiotic residues. 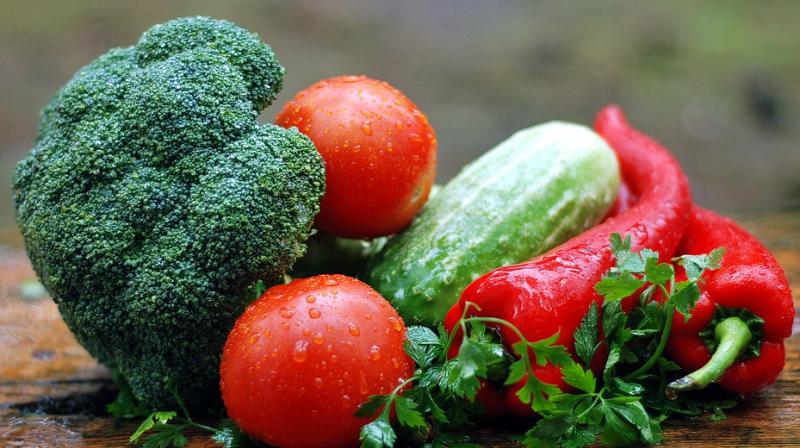 New Delhi: The demand for organic foods began with fruits and vegetables when there were reports of pesticide residues in them. However, the popularity of organic foods has now extended to food grains, pulses, tea, spices and even oilseeds.

"Organic foods have gained popularity because people have become aware of their benefits. They contain no chemical pesticides and fertilizers and are grown naturally with manure or compost and only natural pesticides and insecticides are used," said Dr. Saurabh Arora, MD (Auriga research and Director at Arbro Pharmaceuticals) and Founder of Food Safety Helpline.

"Children are more susceptible than adults to diseases caused by chemical pesticide residues in food and so parents prefer to give them organic foods. Another advantage is that organic foods do not contain growth hormones or antibiotic residues. Animals are often given growth hormones and antibiotics in animal feeds which are directly passed into animal foods like meat, poultry, fish, eggs, and dairy products and from foods to the consumers. In organic farming these practices are banned and animals feed outside in natural surroundings. Antibiotic containing foods consumed frequently makes these antibiotics ineffective in humans," he added.

Organic food products are either grown under a natural system of agriculture, without the use of synthetic fertilizers or they are processed products made from organically produced raw materials.

"Therefore, any food offered for sale as 'organic food' in India, needs to comply with the provisions laid down under either the National Programme for Organic Production (NPOP) administered by the Agricultural and Processed Food Products Export Development Authority (APEDA) or the Participatory Guarantee System for India (PGS-India) operated by the ministry of Agriculture and Farmers' Welfare. There are a number of organic brands that use the term 'organic" on labels but if these products are not certified then their authenticity is suspect," said Arora.

According to the Delhi-based Indian Council for Research on International Economic Relations (ICRIER) such foods that are labelled organic but not certified cannot be considered safe. The ICRIER also mentioned the need for a uniform standard for organic foods in its last report.

Now, the Food Safety Standards and Authority of India (FSSAI) has launched the Food Safety and Standards (Organic Foods) Regulations 2017 along with the unified logo for organic food products, supported with the tagline "Jaivik Bharat."

All organic foods certified under this logo also need to convey the full and accurate information on labels about the organic status of the food. The 'Jaivik Bharat' logo will henceforth be recognised as a mark of quality assurance given by the above mentioned certification bodies in India or any other bodies recognised by FSSAI.