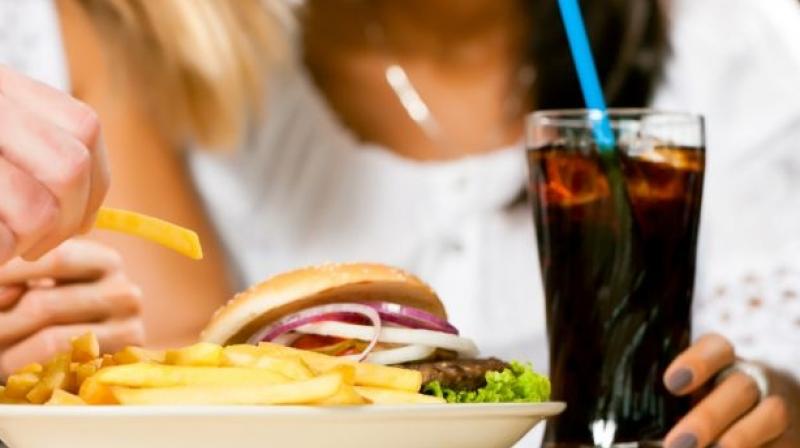 Researchers examined survey data on beverage consumption among 3,003 African-American men and women who were 54 years old on average and didn’t have kidney disease. After following participants for about 8 to 10 years, researchers found that 185 people or 6 per cent, developed chronic kidney disease.

After researchers accounted for factors that can contribute to kidney damage such as smoking, obesity, high blood pressure, diabetes and inactivity, they found that drinking mainly sodas and sweetened fruit drinks were associated with a 61 per cent higher risk of kidney disease.

When researchers looked at beverages individually, however, they found soda was the main culprit.

“These findings add to the body of literature on the adverse health effects of sugar-sweetened beverages and support recommendations to avoid their consumption,” said lead study author Casey Rebholz of Johns Hopkins Bloomberg School of Public Health in Baltimore.

“It is widely recognized that sugar-sweetened beverages, such as soda and sweetened fruit drinks, should be avoided in order to reduce one’s risk of developing chronic diseases such as obesity, hypertension, diabetes, and cardiovascular disease,” Rebholz said.

However, the current findings offer fresh insight into which beverage choices might prevent or delay the development of kidney disease, Rebholz said.

The researchers examined data from food frequency questionnaires participants had completed at the start of the study between 2000 and 2004. Then they monitored people until 2013 to see who developed kidney disease.

From the dietary questionnaires, researchers identified four patterns of beverage consumption, labelling each one with the drink categories the person consumed the most, followed by the next most-consumed and the third most-consumed. For example, one pattern was characterized by high consumption of citrus juice, other fruit juice and vegetable juice, in that order.

The connection between water and kidney damage in combination with soda and sugary fruit drinks was a surprise, the study team writes.

It’s possible, however, that participants counted flavoured and sweetened water or sports drinks as part of their water intake on questionnaires, the authors note. This might mean the effect of water more closely resembled other sugary drinks than it would if people consumed only plain water.

Also, the researchers didn’t know what brands of beverages people consumed, making it impossible to determine the exact sugar or calorie content.

“The association with kidney disease has not been consistently demonstrated,” Kramer, co-author of an accompanying editorial, said by email.

But people should still avoid eating or drinking excessive amounts of sugar.

“High sugar of any kind can lead to weight gain and insulin resistance and elevated blood pressure,” Kramer said. “These factors then put stress on the kidney and can accelerate the loss of kidney function over time.”