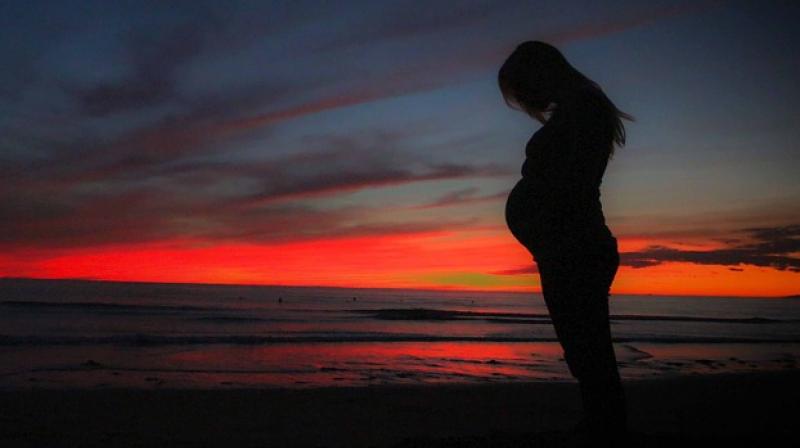 The eczema was also depended on other factors including a history of eczema in the mother, smoking during pregnancy and infant gestational age, sex and breastfeeding duration. (Photo: Pixabay)

Washington D.C.: Every woman, planning to take a step forward in life to embrace motherhood, do not stress yourself! A Southampton research show, infants, whose mothers felt stressed before they fell pregnant, had a higher risk of eczema the age of 12 months.

The study from the Medical Research Council Lifecourse Epidemiology Unit, University of Southampton, is the first to link preconception maternal stress to the risk of atopic eczema in the child.The researchers believe the findings support the concept that eczema partly originates as a baby develops in the womb and could reveal ways of reducing the risk of the skin condition.

The research, published in Clinical and Experimental Allergy, assessed the stress levels of women recruited to the Southampton Women's Survey before they were pregnant. They were asked to report how stressed they were in their daily lives. A sub-group was asked about their psychological wellbeing.Around 3,000 babies, born into the Survey, were then assessed for eczema at ages six and 12 months.

Dr Sarah El-Heis, the study's lead researcher from the University of Southampton, comments, "We know that maternal stress can release certain hormones that can have an effect on the baby's immune response, leading to an increased risk in conditions like eczema."

"More than one in six women of the mothers in the Southampton Women's Survey reported that stress affected their health 'quite a lot' or 'extremely' - our analyses showed that their infants had a 20 percent higher likelihood of developing atopic eczema at age 12 months when compared with the remainder of the study cohort. The findings also showed that stress and low mood experienced closer to the time of conception may have a greater impact on the risk offspring atopic eczema."

The research showed similar findings of an increased risk of infant eczema for the women who reported psychological distress before they became pregnant. The associations were robust to adjustment for other influences, including a history of eczema in the mother, smoking during pregnancy and infant gestational age, sex and breastfeeding duration.

Professor Keith Godfrey, director of the NIHR Southampton Biomedical Research Centre in Nutrition, added, "Previous research has linked low maternal mood after delivery with an increased risk of eczema in the infant, but the new research showed no association between postnatal mood and eczema after taking account of preconception stress. More research is needed to investigate this interesting association, but the findings are further evidence of the influence preconception maternal health and wellbeing has on infants."