Compared with those who maintained level of wealth, participants who experienced negative wealth shock were 50 per cent more likely to die. 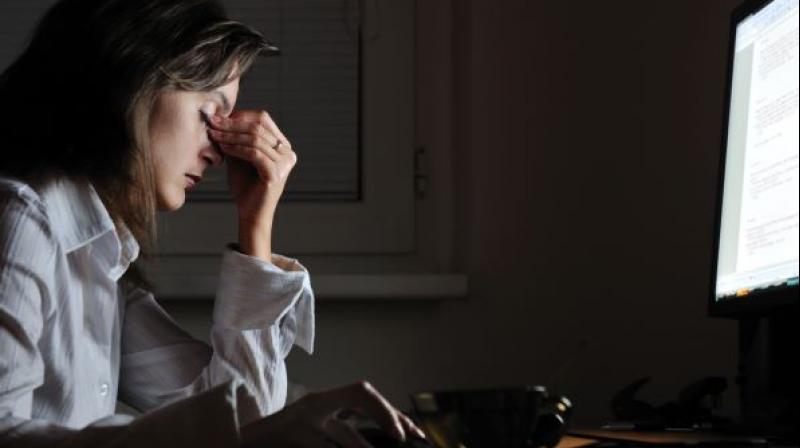 Having wealth and losing it suddenly carries almost the same risk for premature mortality as never having wealth. (Photo: AFP)

Middle-aged adults who lose most of their net worth over a brief period of time are more likely to die prematurely than individuals who hold on to their nest eggs, a US study suggests.

Researchers studied 8,714 people over two decades, starting when they were 55 years old, on average. Overall, 749 participants, or 9 percent, were in debt or had no net worth at the start of the study. Another 2,430, or 28 percent, experienced so-called “negative wealth shock” and lost at least 75 percent of their net worth over a two-year period at some point during follow-up.

“Having wealth and losing it suddenly carries almost the same risk for premature mortality as never having wealth,” said lead study author Lindsay Pool, a researcher at Northwestern University Feinberg School of Medicine in Chicago.

Poverty has long been linked to an increased risk of an early death, Pool said by email. Previous research also suggests that a sudden reversal of fortune may contribute to chronic stress, depression, anxiety and high blood pressure, all of which are independently associated with a greater risk of dying young.

“Unfortunately, there is not a simple take-home message for patients, like ‘stop smoking’ or ‘eat more fruits and vegetables,’” Pool added. “And even things that we think might help, like ‘keep going to the doctor’ or ‘find ways to manage stress’ are easier said than done when your financial situation has just radically changed.”

Among participants who maintained a comfortable level of wealth throughout the study, the death rate was roughly 31 fatalities per year for every 1,000 people.

In the group that suffered negative wealth shock, the death rate was about 65 fatalities per year for every 1,000 participants.

And among those who started out in poverty or in debt, the death rate was approximately 73 fatalities per year for every 1,000 people.

The study wasn’t a controlled experiment designed to prove whether or how shifts in net worth might directly influence health or the likelihood of premature death. Researchers also lacked data on participants’ wealth before they joined the study, including any years in poverty or any sudden losses of net worth earlier in life.

“This study does not prove that loss of wealth directly causes illness and death,” said Dr. Alan Garber, provost at Harvard University in Cambridge, Massachusetts, and author of an accompanying editorial.

“It shows that they go hand-in-hand,” Garber said by email. “In middle age and later in life, people who suffer wealth shocks don’t live as long.”

Economists have long debated the causal relationship between wealth and health, noted Michael Marmot, director of the Institute of Health Equity at the University College of London in the UK.

While the study offers fresh evidence that losing money and assets may hasten death, people may still be better off living at least part of their life with these financial resources than never having them at all, Marmot, who wasn’t involved in the study, said by email.

“This study, by showing that loss of wealth leads to an increased risk of death over a twenty year period, after taking ill-health into account, supports the causal connection between low wealth and poor health,” Marmot added. “Indeed, the worst off group in this study was the group that had low wealth to begin with.”