Life   Health  04 Jun 2018  Are they lying? What non-verbal clues can and cannot tell you
Life, Health

Are they lying? What non-verbal clues can and cannot tell you

Pop culture can exaggerate the meaning of non-verbal communication. 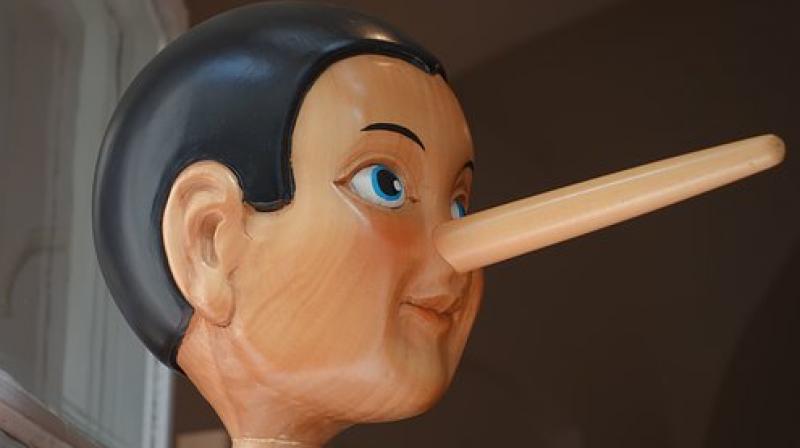 Someone can shrug their shoulders or touch their nose, but there are always other reasons they might be nervous or showing these signs. (Photo: Pixabay)

From dating sites to job interviews to law enforcement, decision making would be much easier if there were some mannerism that served as a guaranteed indication of a lie.

Unfortunately for the dateless, hiring managers, the police or anyone else who wants to know when someone may or may not be telling the truth, no such signal exists.

However, there often is something in someone’s behaviour that can serve as a clue to trigger a search for hard evidence that can settle the uncertainty, according to the results of a new study in the Journal of Nonverbal behaviour by Mark Frank, a professor in the University at Buffalo Department of Communication.

“There is no Pinocchio response,” says Frank, an expert in non-verbal communication and deception who has worked with many federal law enforcement and intelligence agencies, including the FBI and the CIA.  “There is nothing like that in a human being. You cannot prove a lie by looking just at behaviour.”

They key, says Frank, is understanding the utility of non-verbal clues, the “hot spots” as he calls them.

“Someone can shrug their shoulders or touch their nose, but there are always other reasons they might be nervous or showing these signs,” says Frank. “There’s nothing concrete, but these behavioural issues can alert you because while they’re correlated with deception, but they do not prove deception.

“The only way to ever know someone is lying for certain is with unimpeachable, corroborating evidence. And non-verbals can start that process.”

“Our problem with that research was use of the word, ‘discover,’ which connotes hard evidence at the expense of the process needed to uncover it,” says Frank.

In two separate experiments of roughly 150 participants in each group, Frank and his co-authors asked some people how they “discovered” a lie in their lives and asked others how they “suspected” a lie.

“When we said ‘discover’ we found the same pattern as the other paper, that hard evidence betrayed the lie, with little contribution from non-verbals,” he says. “When we said ‘suspect,’ non-verbal communication was the No. 1 factor that triggered the search for hard evidence.

“It almost flipped the results of the previous research.”

Frank says pop culture can exaggerate the meaning of non-verbal communication, but with lower expectations and an understanding of how to apply non-verbals people can at least know when perhaps to probe.

“When training law enforcement officers I tell them that behaviours that don’t fit the situation are not necessarily lies; they’re ‘hot spots,’ that can tell you to begin searching for more information.

“Sometimes you’ll find out the person was lying, and other times you won’t, but you’ll never be wrong because you used a non-verbal clue as an alert to look further and simply gather more information, rather than as a determination of truthfulness.”