Nuts are dense foods containing many of these nutrients and other phytochemicals. 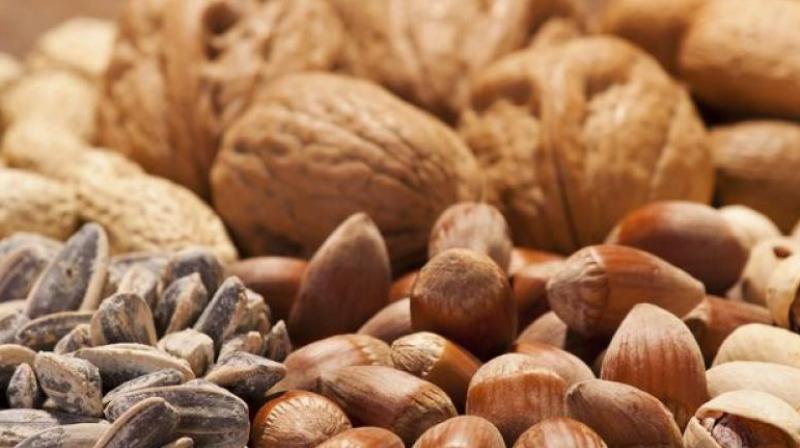 Sperm and blood samples were analysed at baseline and after 14 weeks of intervention (Photo: AFP)

London: Including nuts such as almonds, hazelnuts and walnuts in a regular diet may significantly improve the quality and function of human sperm, a study claims.

The randomised trial by researchers from the Rovira i Virgili University in Spain measured conventional semen parameters and molecular changes over a 14-week study period.

The findings "support a beneficial role for chronic nut consumption in sperm quality" and reflect a research need for further male-specific dietary recommendations.

In the study, subjects randomised to the nut group had significant improvements in their sperm count, vitality, motility and morphology (shape), researchers said.

These were consistent with improvements found in other recent studies with diets rich in omega-3, antioxidants (eg, vitamin C and E, selenium and zinc), and folate, they said.

Nuts are dense foods containing many of these nutrients and other phytochemicals.

Sperm and blood samples were analysed at baseline and after 14 weeks of intervention.

The researchers found significantly higher levels of sperm count, vitality, motility and morphology in the men randomised to the 60 grammes per day nut diet than in those following their usual diets free of nuts.

These four parameters are all associated with male fertility, said Albert Salas-Huetos from Rovira i Virgili University.

Moreover, the subjects in the nut group also showed a significant reduction in their levels of sperm DNA fragmentation, a parameter closely associated with male infertility.