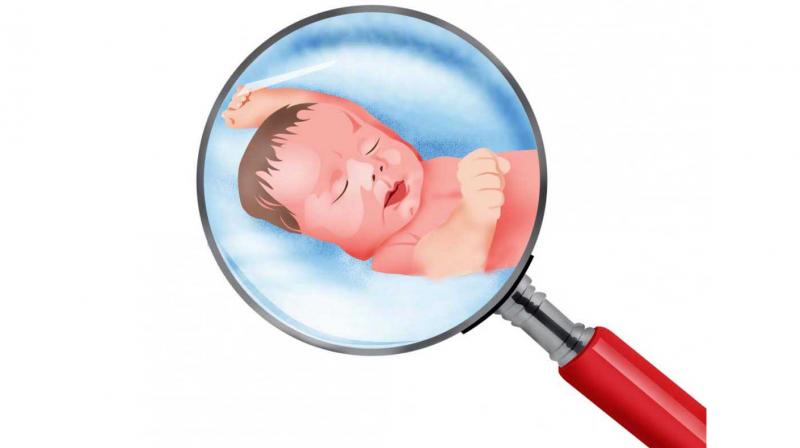 World Breastfeeding week to be observed from August 1 -7 with the theme of ‘sustaining breastfeeding together’.

Chennai: India, with 14.4 million obese children, has witnessed an alarming rise in the obesity cases in children as per the recent figures published by World Obesity Federation. Likewise, diabetes cases are also taking a toll among children with around five per cent of youngsters in its grip in the country.

A recent study at Okayama University in Japan reveals that these numbers could be eased if breastfeeding was practised till the age of two instead of formulas.

The study reports that breastfeeding can help prevent children from developing diabetes and becoming obese later in life. Children, who were only breastfed were less likely to be overweight or obese at ages seven or eight compared to kids who drank formula and substitutes, say doctors.

Though WHO and the American Academy of Pediatrics recommend that mothers breastfeed babies exclusively for at least six months in order to avoid diarrhoea and infectious diseases, the study says that breast milk helps to provide the energy that it can prevent from developing diabetes.

Experts suggest that breastfeeding is ideal till the age of two to provide the new born with nutrients necessary to develop the immune system that is likely to be affected in young age. “Changed lifestyle, consumption of junk food and reduced physical activity are reasons why children get prone to obesity and diabetes at a young age. Breastfeeding prevents that by avoiding early introduction of solids like cereal or dried baby food that increases the risk of obesity,” said Dr Nithya Ramamurthy, head of Obstetrics at Fortis Malar Hospital.

Supporting the observations of the study, a report published in the journal JAMA Pediatrics encouraged mothers to breastfeed in order to combat diabetes among their kids.

“Childhood obesity and diabetes are difficult for children to manage and have led children on the path to health problems that were once considered adult problems. Formula-fed children lack the nutrients they can get from breast milk, which can lead to different types of food allergies and if children lack physical activity, diabetes is sure to cause trouble,” said senior diabetologist, Dr V Mohan.

As per WHO reports, if every child was breastfed within an hour of birth, given only breast milk for their first six months of life, and continued breastfeeding up to the age of two years, about 8,00,000 child lives would be saved every year as it provide lifetime immunities.

“Breast milk provides your baby with food that is easy to digest and very nutritious. As the breast milk helps the child to develop healthy eating patterns, it reduces the risk of diabetes. Breastfed babies seem to be better able to regulate their food intake and are at lower risk for obesity,” said Dr Janardan Dixit, a renowned paediatrician.

The study also highlights the theme of sustaining breastfeeding together for the World Breastfeeding week starting on August 1, as it links the benefits of breastfeeding for the mother. Breastfeeding helps mothers lose the extra abdominal fat they gain during pregnancy. If women breastfeed after pregnancy they do not retain the fat in the body, which prevents health of mother from being affected, cites the study.

The programme aimed at management of diabetes and its complications through newer drugs in diabetes, beta cell, artificial pancreas, newer insulin and trial methods.

The ICMR-India Diabetes Study, the largest in the country to investigate diabetes in India, after sampling all the states was presented at the Update.

Dr V Mohan, organising chairman of the Diabetes Update and chairman of Dr Mohan’s group of diabetes institutions said, “Early diagnosis and strict management of diabetes have been shown to make a great impact in preventing and delaying complications of the disorder. Therefore, it is important for the medical and research fraternity to convene to discuss trends, best treatment standards and realistic means of prevention and alleviation of associated complications.”