Life   Health  04 Aug 2017  This teenager can only sleep on life support as even a nap can be fatal
Life, Health

Liam has a rare condition under which he won't breathe if he falls asleep without equipments. 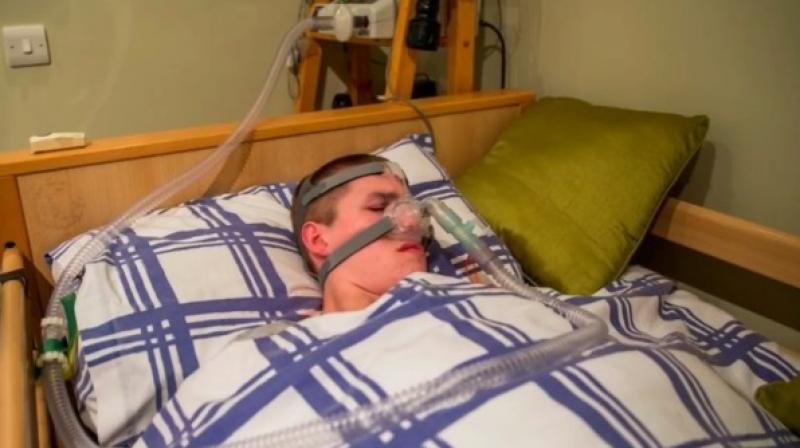 Lack of sleep can be a terrible thing which may leave people unable to function properly in daily life and every healthy person values a good night’s sleep. This is why a nap turning out to be the reason for someone’s death sounds nothing short of a heartbreaking ordeal.

A teenager is suffering this plight that is beyond imagination for many, as he can’t sleep without proper medical equipment and dozing off would mean that he will stop breathing. He has a condition where a person’s lungs stop functioning properly when they are sleeping.

When he was born, Liam Derbyshire was given just six weeks to live by doctors, but the boy has battled his way against all predictions and just celebrated his 18th birthday. Due to the central hypoventilation syndrome, his brain doesn’t tell his body to breathe when he sleeps as the phrenic nerve doesn’t kick in.

His parents monitor him for 24 hours and Liam’s life is different from other teenagers as he has a strict bedtime routine. His father is very careful about putting him on life support when he sleeps, and ensures everything is in order when the carer observes Liam.

His parents aren’t sure how long he may survive for, since Liam suffers from a rare disease only 1500 people in the world have.