Obesity is believed to affect cancer cell metabolism and immune clearance, all of which can contribute to the growth and spread of tumours. 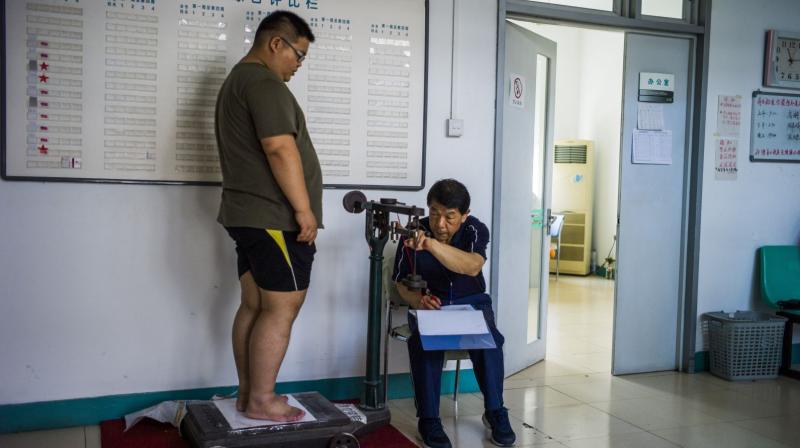 Studies showed that adipose stromal cells have the power to infiltrate cancer lesions and promote the growth of tumours. (Photo: AFP)

New York: Fat tissues may influence the development of cancer in diverse ways, depending on the type of fat and the location in the body, a study has found.

Previous studies have shown several ways that fat contributes to carcinogenesis. For example, obesity increases the risk of inflammation, which has long been associated with cancer.

Obesity is also believed to affect cancer cell metabolism and immune clearance, all of which can contribute to the growth and spread of tumours.

Researchers, including those from University of North Carolina in the US conducted a literature review, seeking studies that explored crosstalk between adipose tissues and carcinomas.

Several studies showed that adipose stromal cells have the power to infiltrate cancer lesions and promote the growth of tumours.

Researchers found that some types of fat are more "metabolically active," secreting more substances that led to the growth of cancer.

There are three different types of fat: white, brown, and beige; and each acts differently and is present in different amounts depending on where the fat is located, researchers said.

Researchers analysed the effects of fat on breast, colorectal, esophageal, endometrial, prostate, and ear-nose- throat cancer, taking into consideration the proximity of adipose tissue relative to the organs.

"Obesity is increasing dramatically worldwide, and is now also recognised as one of the major risk factors for cancer, with 16 different types of cancer linked to obesity," said Cornelia Ulrich, from University of Utah in Salt Lake City, US.

"We urgently need to identify the specific mechanisms that link obesity to cancer," Ulrich added.

The study was published in the journal Cancer Prevention Research.