Use of natural oils for this purpose is well known among Arab and Middle Eastern communities and on internet sites. 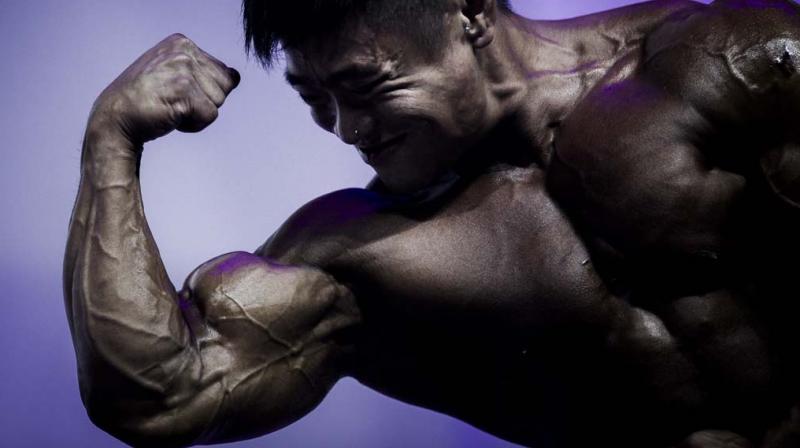 These are often less costly than other synthetic compounds (Photo: AFP)

London: Gym-goers, take note! Using natural oil injections to improve muscle definition may harm your body, warn doctors including one of Indian origin who reported a serious complication experienced by an amateur bodybuilder in the UK.

The 25-year-old man was referred to hospital because of pain and loss of function in his right arm over several months.

An ultrasound scan showed a rupture in his triceps - a rare condition in young patients - and multiple cysts within the arm muscles, said doctors including Ajay Sahu from London North West Healthcare NHS Trust in the UK.

He had taken up bodybuilding four years prior and attended the gym three times each week. He admitted to injecting coconut oil and other concerning practices to improve his muscular appearance.

He was using non-prescribed and self-administered insulin, vitamin B12 injections, steroids, and protein supplements, they said.

These practices resulted in numerous adverse reactions, including seizures, infections, and a range of conditions, some of which required surgery. Surgery to repair the rupture in his arm was successful, said doctors.

However, he continues to practice unsafe techniques to achieve his desired body image, despite being advised about the potential future risks, they said.

Steroid use among bodybuilders to bulk up muscles is well known. Other compounds may be used, including natural oils, such as sesame oil, walnut oil and paraffin.

These are often less costly than other synthetic compounds and are an attractive option, particularly to amateur bodybuilders.

Use of natural oils for this purpose is well known among Arab and Middle Eastern communities and on internet sites, but there is not much information about the practice in medical literature.

"The few cases of natural oil self-inoculation formally reported are likely to be the tip of the iceberg," the doctors said.

"We need to be aware of these cases to enable correct clinical diagnoses and also to recognise other self-abusive and potentially life-threatening practices which may be seen in conjunction," they added.

The study appears in the journal BMJ Case Reports.