The study was conducted to measure levels of gamma aminobutyric acid (GABA), a neurotransmitter in the brain that slows down brain signals. 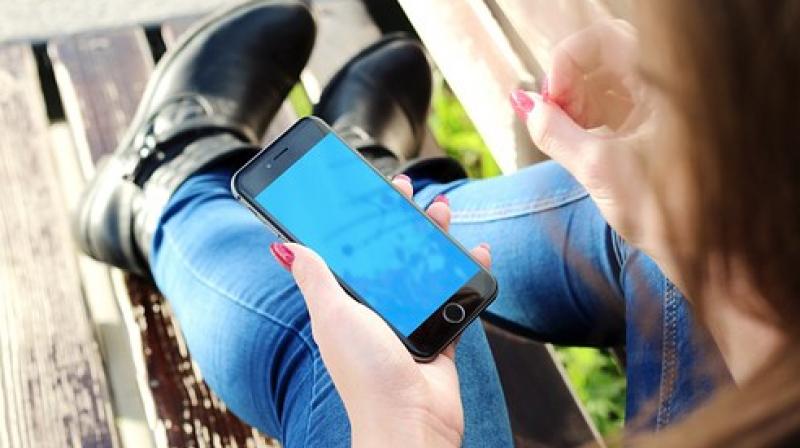 Prolonged use of smartphones may significantly increase the risk of depression, anxiety and insomnia among teenagers, a study warns.

Researchers from the Korea University in South Korea have found an imbalance in the brain chemistry of young people addicted to smartphones and the internet.

They used magnetic resonance spectroscopy (MRS) to gain unique insight into the brains of smartphone-and internet- addicted teenagers. MRS is a type of MRI that measures the brain's chemical composition.

The study, presented at the annual meeting of the Radiological Society of North America (RSNA), involved 19 young people diagnosed with internet or smartphone addiction who were paired with healthy people.

Twelve of the addicted youth received nine weeks of cognitive behavioural therapy, modified from a cognitive therapy programme for gaming addiction, as part of the study.

The researchers used standardised internet and smartphone addiction tests to measure the severity of internet addiction.

Questions focused on the extent to which internet and smartphone use affects daily routines, social life, productivity, sleeping patterns and feelings.

"The higher the score, the more severe the addiction," said Hyung Suk Seo, from the Korea University.

The researchers reported that the addicted teenagers had significantly higher scores in depression, anxiety, insomnia severity and impulsivity.

They performed MRS exams on the addicted youth prior to and following behavioural therapy and a single MRS study on the control patients.

Previous studies have found GABA to be involved in vision and motor control and the regulation of various brain functions, including anxiety.

The results of the MRS revealed that, compared to the healthy controls, the ratio of GABA to Glx was significantly increased in the anterior cingulate cortex of smartphone and internet addicted youth prior to therapy.

Seo said the ratios of GABA to creatine and GABA to glutamate were significantly correlated to clinical scales of internet and smartphone addictions, depression and anxiety.

Having too much GABA can result in a number of side effects, including drowsiness and anxiety.