Deaths due to preventable illness such as tuberculosis has been on the rise in Delhi. 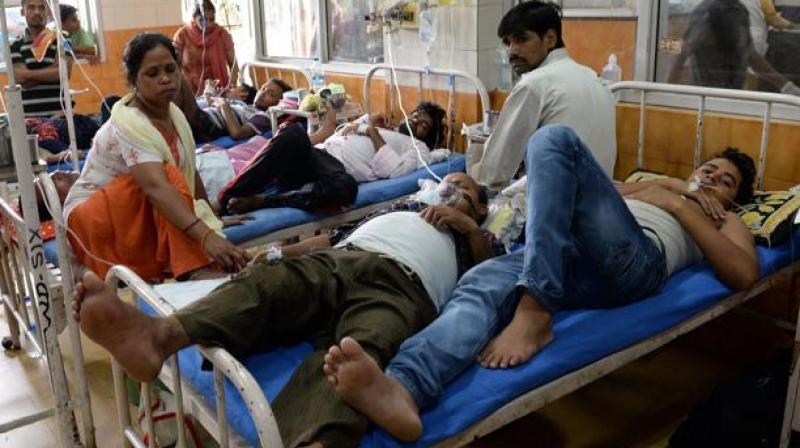 The living conditions contribute to the higher rates of illness (Photo: AFP)

New Delhi: Deaths due to preventable illness such as tuberculosis has been on the rise in Delhi, warns a new study which shows that government efforts to improve health care has been insufficient to combat the impact of poverty and inequalities in India's capital city.

Researchers from Rutgers School of Public Health, New York University and Columbia University in the US found that between 2004 and 2013 amenable mortality increased by about 25 per cent in Delhi.

Compared to similar large middle-income nations, India has failed to achieve minimal sanitation and public health standards, resulting in a climbing rate of amenable mortality - premature deaths due to causes which are treatable.

Delhi was selected for the study because its statistics are medically certified and more complete than those of India as a whole.

Delhi's rates of amenable mortality were compared against those of Moscow, Sao Paulo and Shanghai, mega cities in similar large, middle-income countries with booming economies that likewise have been striving toward a goal of universal health coverage.

"Despite having the world's largest generic drug industry, thriving medical tourism, significant innovations in the delivery, financing and manufacturing of health care services and products, there is a basic failure to assure minimal standards of sanitation and public health," said Michael K Gusmano researchers at Rutgers.

Though a part of the country's wealthiest territory, half of Delhi's 16 million inhabitants live in slums and other substandard housing, researchers said.

With more than half of India's households lacking toilets and more than 200 million people with no access to safe drinking water, the World Health Organisation (WHO) estimates that 900,000 Indians die annually from drinking contaminated water and breathing polluted air, researchers said.

"The living conditions contribute to the higher rates of illness, while the relatively low rates of investment in the primary care infrastructure and drug availability and affordability make it harder to treat people once they become sick," said Gusmano.

Using data that could be routinely and reliably monitored over time to assess amenable mortality - population estimates and vital statistics, including medically certified death records and hospital records for people ages one to 69 - the researchers found a disparity in care.