According to experts, grape-derived compounds might be developed as therapeutic agents for the treatment of depression. 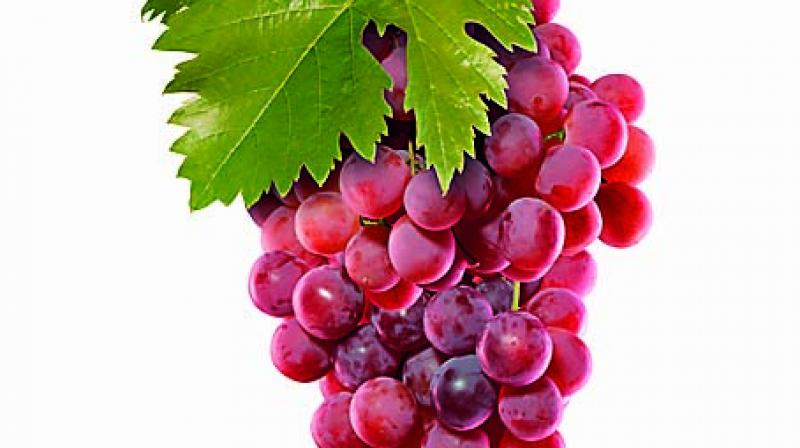 The study provides, for the first time, novel preclinical evidence supporting the targeting of multiple key disease mechanisms through DNA epigenetic modification for the treatment of depression.

In a study to be published in the journal Nature Communications, scientists from the Icahn School of Medicine at Mount Sinai in the US described an extensive analysis of novel grape-derived compounds, dihydrocaffeic acid (DHCA) and malvidin-3'-O-glucoside (Mal-gluc), which might be developed as therapeutic agents for the treatment of depression. Conventional pharmacological treatments for depression are estimated to produce temporary remission in less than 50 per cent of patients, and they are often associated with severe adverse effects.

There is an urgent need for a wider spectrum of novel therapeutics, researchers said.

Depression is associated with a multitude of pathological processes.

These include inflammation of the peripheral immune system which protect against disease and abnormalities involving synapses, the structures that permit neurons to pass an electrical or chemical signal to other neurons.

However, currently available antidepressants are largely restricted to targeting the systems that regulate serotonin, dopamine, and other related neurotransmitters, and these treatments do not specifically address inflammation and synaptic maladaptations.

Previous research has found that grape-derived polyphenols have some efficacy in modulating aspects of depression, yet the mechanisms of action had largely remained unknown until now.

Researchers found that a bioactive dietary polyphenol preparation - a combination of three grape-derived polyphenol products, including a select Concord grape juice, a select  grape seed extract, and trans-resveratrol - was effective in promoting resilience against stress-induced depression in mice.

They found that DHCA and Mal-gluc can promote resilience in mouse models of depression by modulating inflammation and synaptic plasticity, respectively.

Researchers also demonstrated that DHCA/Mal-gluc treatment was effective in attenuating depression-like phenotypes in a mouse model of increased systemic inflammation induced by transplantation of cells from the bone marrow of stress-susceptible mice.

"Our research shows that combination treatment with the two compounds can promote resilience against stress-mediated depression-like phenotypes by modulating systemic inflammatory responses and brain synaptic plasticity in a mouse model of depression," said Jun Wang, Associate Professor at Icahn.

The study provides, for the first time, novel preclinical evidence supporting the targeting of multiple key disease mechanisms through DNA epigenetic modification for the treatment of depression.

This study strongly supports the need to test and identify novel compounds that target alternative pathologic mechanisms, such as inflammation and synaptic maladaptation, for individuals who are resistant to currently available treatment.