Pay attention to your gut

IBD symptoms vary, depending on the severity of inflammation and where it occurs. 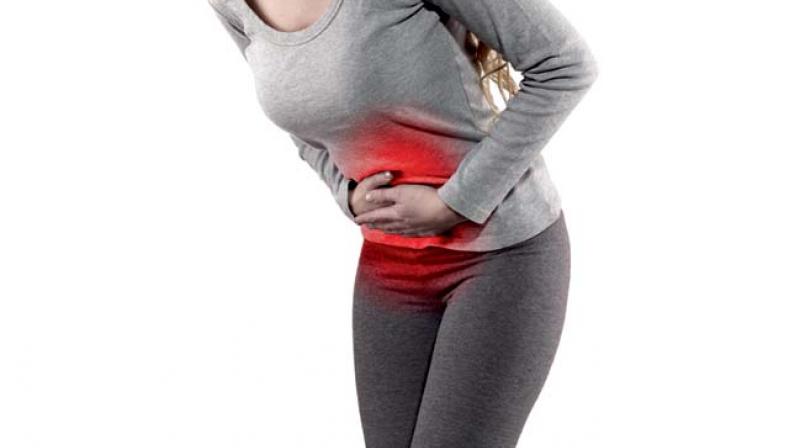 Changing lifestyles and quick food are altering the healthy bacteria in our digestive systems; so before the damage becomes worse, it is advisable to form healthy habits.

We are all living the fast life. Well, at least most of us are! And often, to get hundreds of tasks done in a single day, we resort to frozen foods, fast food and packaged food options. While consuming these does save a couple of hours, the preservatives and additives used in such foods increase the risk of bowel diseases according to researchers, who are now looking at the changes in food habits and lifestyles for the increase in inflammatory bowel diseases or IBD.

With the disease now becoming more common than ever in India, experts state that IBD has become one of the most common causes for diarrhea in patients, while in children, the high use of antibiotics is causing the same problem. Dr Rupa Banerjee, Senior Consultant Gastroenterologist and Director, IBD Clinic at the Asian Institute of Gastroentrology elaborates on the causes of the disease in India as well as its growing incidence.

How does IBD affect a person?
Inflammatory bowel disease is an idiopathic disease caused by a dysregulated immune response to host intestinal microflora. The two major types of inflammatory bowel diseases are ulcerative colitis (UC), which is limited to the colon only, and Crohn’s disease (CD), which can affect any segment of the gastrointestinal tract from the mouth to the anus.

Despite a lot of research, we still don’t know exactly what causes IBD. We now believe that IBD is caused by a combination of factors — the genes you are born with, plus an abnormal reaction of the immune system to gut bacteria in intestines, along with an unknown trigger that could include viruses, bacteria, diet, smoking, stress or something else in the environment.

IBD is a chronic, sometimes lifelong disease, which can be debilitating and lead to life-threatening complications. There are recurrent relapses or flares (when symptoms worsen) and remissions (no symptoms). Flares vary in their number, intensity and duration. Proper treatment can ensure adequate disease control with normal social life and career.

What is the age group mostly affected by this problem?
The disease can start at any age, but usually appears for the first time between 10 and 40. In India, it appears to be affecting primarily the young active age group — particularly people in their 20s and 30s. We are also seeing an increase among teenagers and children.

What are the symptoms?
IBD symptoms vary, depending on the severity of inflammation and where it occurs. Symptoms may range from mild to severe. Patients are likely to have periods of active illness followed by periods of remission. Signs and symptoms that are common in both CD and UC include diarrhoea, fever, fatigue, abdominal pain and cramping, blood in stool, reduced appetite and unintended weight loss.
Extra intestinal manifestations can also occur. These include:
Skin problems such as mouth ulcers, blisters and ulcers on the skin, painful red swellings, usually on the legs and inflammation of the eyes.
Thinner and weaker bones.
Arthralgia/arthritis — around one in three people with IBD experience inflammation of the joints, usually in their elbows, wrists, knees and ankles.
More rarely, the joints in the spine and pelvis become inflamed, a condition called ankylosing spondylitis; this can cause stiffness and pain of the spine; drugs and physiotherapy are used to treat these symptoms.
Growth retardation in children.
Hepatitis, eye problems or complications.
A number of complications are associated with IBD, some of which can be life-threatening. These are: strictures or narrowing of the colon causing bowel obstruction; colon cancer; fistulas; abnormal tunnels in the gut; gut perforation; malnutrition; toxic megacolon, where swelling and trapped gas can lead to colon rupture, septicemia and shock.

What are the preventive measures?
The genetic factors associated with IBD are beyond a person’s control but it is possible to reduce the risk by eating a healthy diet, quitting smoking and exercising regularly. Sixty-five per cent of Indian population is less than 35 years old. The fast food market here is an estimated $1.5 billion per year and the processed food market is $300 billion per year. This is lower than many other countries in the developing and developed world but needs to come down further.

Awareness must be increased. Natural foods should be made a habit. The additives, preservatives and emulsifiers in food can alter the gut’s bacterial composition and is believed to be a major cause of IBD. It is also associated with other lifestyle diseases like obesity and non-alcoholic fatty liver.

Breastfeeding the baby for a longer period has a protective effect against the development of IBD. Formula feeding should be reduced. Unregulated use of antibiotics during childhood for any minor fevers (most only viral) should be avoided. Remember that other than prescribed and over-the-counter meds, antibiotics are also present in purified water and processed foods.

How and when it must be inculcated? There is a lot of peer pressure in terms of choice of foods? How can one deal with it?
A Westernised diet with low fiber has been implicated in the increasing incidence of IBD in India. Food additives and emulsifiers in Western (and now global) diets appear to be the main culprits. Emulsifiers present in food change the microbiota composition and destroy the mucous layer in the intestine.

A diet high in zinc, fruit fibre and fish has been shown to reduce the risk of IBD. On the other hand, a diet rich in linoleic acid and animal protein can increase the risk and should be avoided. Here are points to keep in mind:
Fish may be preferred to red meats.
Choose organic foods and fresh fruits for breakfast at hotels rather than canned fruit juices.
Artificial sweeteners are not the best option.
Fizzy drinks are better avoided altogether.

What is the treatment options once identified with IBD?
There are specific drugs including mesalamines, steroids, immunomodulators and biologics for the treatment of IBD. The choice depends on the location and severity of disease.