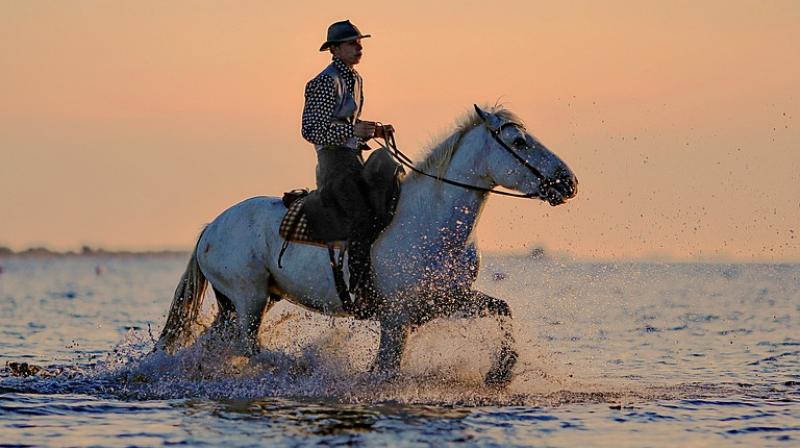 Some veterans suffering from PTSD are so fearful that they rarely leave their homes. (Photo: Pixabay)

Moreover, after six weeks, participants experienced a clinically significant reduction in their symptom scores. In other words, they were capable of doing things - such as going to a supermarket - that they might have been unable to do when they started the program.

“It was delightful to find out our intervention helped the way we hoped it would,” said lead author Rebecca A. Johnson, a professor of nursing and veterinary medicine at the University of Missouri in Columbia.

As many as one in five recent combat veterans develops PTSD, an overactive fear memory that triggers disturbing thoughts, feelings and dreams, according to the U.S. Department of Veterans Affairs.

Some veterans suffering from PTSD are so fearful that they rarely leave their homes, Johnson said in a phone interview.

“Veterans with post-traumatic stress disorder have high anxiety, and to have (them) focus on learning a skill is diverting. They’re very focused,” she said. “Riders are mastering horsemanship skills. It’s not a pony ride.”

During the therapeutic horseback riding sessions in Missouri, veterans learned and practiced grooming, interacting with the animals and riding them with a leader and two side walkers. Most of the participants were men, and they ranged in age from 29 to 73.

Many were veterans of the Vietnam War who had been experiencing posttraumatic-stress symptoms for decades, Johnson said.

Johnson estimated a similar program would cost $300 to $400 per person in Missouri, though it could cost substantially more in other parts of the country, and in some cases, riding centers might provide scholarships or reduced rates for veterans, she said.

“Some of these military veterans had been experiencing PTSD symptoms for 40 or 50 years,” she said. “It may be important for healthcare systems to support therapeutic horseback riding as a viable complimentary therapy.”

Dr. Gary Wynn, a professor of psychiatry and neuroscience at the Uniformed Services University of the Health Sciences in Bethesda, Maryland, said he“would be reticent for a broad recommendation, especially if it involves mobilizing resources from healthcare organizations.”

Wynn, who was not involved with the study, said he would want to see evidence that the improvements last long after the treatment is done.

A prior recent study of yoga in people suffering from PTSD showed that one of the key determinants of long-term benefits was continued yoga practice, he said.

“The benefit of some complementary and alternative-medicine treatments has been likened to the vacation effect,” he said by email. “One receives the majority of the benefit while on vacation, and that quickly dissipates after the vacation is over.”

Previous studies have shown that alternative treatments – from yoga to fly-fishing, to acupuncture and meditation – have been shown to be of some benefit to veterans with PTSD while they are getting treatment, Wynn said.

Though he knows little about the cost of therapeutic horseback riding, Wynn said the cost“could be significant” and difficult to scale.

“I could see this as a part of a specialty program, a referral program for those that have failed other treatment modalities, like the 30-day or 60-day programs out in some idyllic nature setting where there were a series of therapeutic modalities combined to address treatment-resistant PTSD,” he said. “Therapeutic riding for everyone probably isn’t an option.”