Life   Health  05 Jul 2019  Why are labourers in Maharashtra having their wombs removed?
Life, Health

Why are labourers in Maharashtra having their wombs removed?

Women who work in sugarcane fields in western Maharashtra have had their wombs removed to increase their productivity. 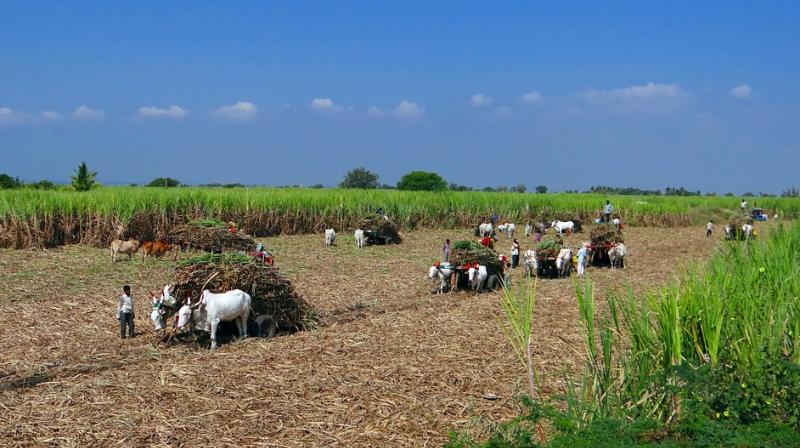 India has had a long and problematic relationship with menstruation. Women have been treated as untouchables when they bleed, are not allowed to enter the house or places of worship. (Photo: Pixabay)

In the last few months, a shocking incident came to light that has been taking place in Maharashtra. Women who work in the sugarcane fields have had their uterus removed just because their periods reduced their productivity.

India has had a long and problematic relationship with menstruation. Women have been treated as untouchables when they bleed, are not allowed to enter the house or places of worship. These archaic beliefs have been challenged and even done away with in urban areas. But it seems like the taboo will take time to disappear from rural India.

A large number of men and women migrate from districts like Beed, Osmanabad, Sangli and Solapur to more affluent western districts of Maharashtra known as the ‘sugar belt’. They live there for several months in a year and work as harvesters in the sugarcane fields. The contractors there brutally exploit the workers and make them work for odd hours and all days of the week.

These contractors do not prefer to hire women as they are expected to give them two days off in a month during menstruation. Cane-cutting is hard work and if they miss a day or two in a month, they are asked to pay a penalty. The labourers are not given ideal living conditions. The living quarters do not have toilets and the cane-cutting is carried out at all hours, and thus, they don’t even get a good night’s restful sleep. Such conditions make it even tougher for a woman when she is on her periods.

Due to unhygienic working and living conditions, women contract a lot of infections and the unscrupulous doctors there take advantage of their condition. The activists there found out that the doctors encourage the women to go through a hysterectomy even if they have a minor gynaecological ailment which can be cured by medication.

As the labourer women are uneducated, they think that removing of the womb is normal. These women are very young, in their 20s. Some are even mothers to two-three children. Due to this trend, it has turned several villages in the western Maharashtra into ‘villages of womb-less women’, reported BBC.

After the media raised this issue, the government discovered that the Beed district alone has seen 4,605 hysterectomies in the last three years. They are all under the age of 40, some still in their 20s. But not all these women were sugarcane harvesters.  The hysterectomy created further health complications. The women spoke about "persistent pain in her back, neck and knee". They would wake up in the morning with "swollen hands, face and feet".

This report came at a time when there are attempts being made across the globe to increase women’s participation in the workforce. Worryingly, women in workforce in India have dropped to 25.8 per cent in 2015-16 from 36 per cent in 2005-06.These numbers will keep dropping unless the working conditions are improved for women in all sectors.

Unless welfare schemes like the Menstrual Benefits Bill is passed, the women working in India’s unorganised sectors will be at the wrath of these ruthless contractors.