Researchers say thyroid cancer is a disease that occurs when abnormal cells begin to grow in thyroid gland but has a good survival rate. 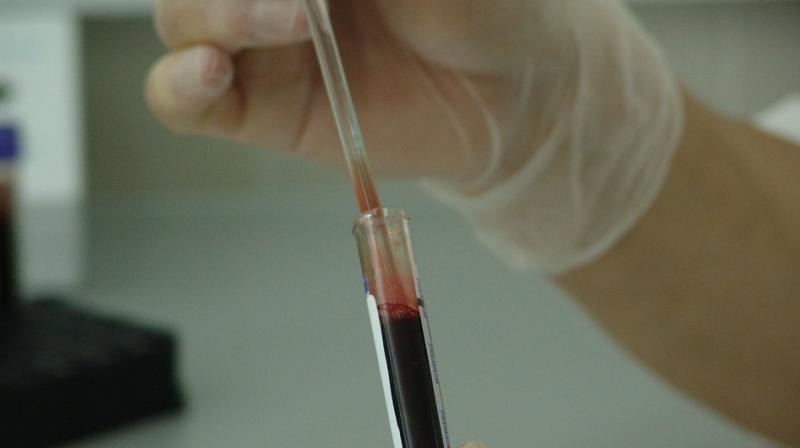 Thyroid cancer is a disease that you get when abnormal cells begin to grow in your thyroid gland (Photo: Pixabay)

New Delhi: Thyroid is a butterfly shaped gland located in the front part of the neck that secretes crucial hormones to help the body and mind perform their normal functions by enabling them to regulate the use of energy and metabolism.

A problem or dysfunction with the thyroid gland can throw an individual's life out of gear. Conditions such as hypothyroidism and hyperthyroidism, which indicate a thyroid imbalance in the body, are quite common, particularly among women.

However, thyroid cancer is a relatively less common condition, but nevertheless it is important to be aware of this entity.

Thyroid cancer is a disease that you get when abnormal cells begin to grow in your thyroid gland. Fortunately, patients with this type of cancer show good survival rates as it is usually identified early and responds to treatment.

Symptoms to watch out for

In some patients, there may not be any indicative symptoms and their physician may spot a nodule or lump in the neck by chance during a routine examination. In other patients, symptoms of thyroid cancer may sometimes overlap with other conditions such as a throat infection, gastro intestinal reflux disease, or respiratory allergies. However, it is important to always ensure a thorough diagnosis to rule out the condition. As stated above, if spotted early, the disease is highly treatable.

Thyroid cancer symptoms may include

Pain in the neck

A constant cough that is not associated with a cold

Some people may also have pain in their ears

Hoarseness is another symptom found in some people

There are several risk factors associated with thyroid cancer including family history, an inherited mutated gene, smoking, iodine deficiency and exposure to radiation as a child. However, while some risk factors can be controlled or eliminated, some cannot be modified. All the more, not all people with risk factors will go on to develop thyroid cancer.

However, Dr Lata Kini, the Lead Clinical Pathologist of CORE Diagnostics, says that knowing your risk factors allows you to be cautious about the disease and its symptoms.

Your gender: According to American Cancer Society, women are three times more likely to acquire thyroid cancer than men. Also, while women are most often diagnosed in their middle years - 40s and 50s, men are usually diagnosed later on in life - in their 60s or 70s. The reason for higher risk among women, however, is not clear.

Iodine deficiency: Having a diet low on iodine is another risk factor for thyroid cancer. Races and populations that consume a low iodine diet are associated with an increased risk of follicular thyroid cancers.

Radiation exposure: If you have had exposure to radiation, particularly as a child, you are at an increased risk of thyroid cancer. Such radiation exposure might occur during certain medical treatments or accidents at nuclear energy sites. Examples of medical treatments include radiation therapy for cancers such as lymphoma, or neuroblastoma. Children must therefore be given lowest doses of radiation, even for tests such as X Rays or CT Scan.

Most frequently treatment involves removing a part of or the entire thyroid gland. As a result the patient has to take artificial thyroid hormones for their entire lives post this treatment. Thyroid cancer is also treated with radioactive iodine, and in most cases chemotherapy or radiation therapy is not used.

However, a patient has to be very careful about recurrence and must undergo regular screenings even after the treatment has been successful.