Covid-19 fear still pushing one in five into depression 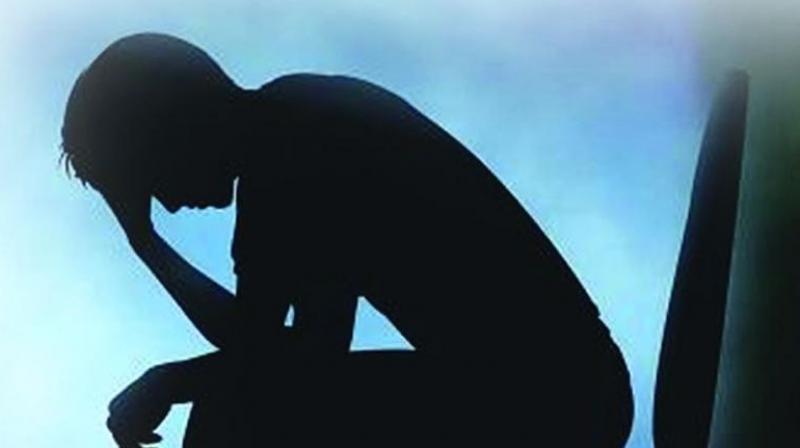 Hyderabad: A peer review in the Indian Journal of Psychiatry says 55 per cent of people have suffered depression post-lockdown due to sudden loss of jobs, financial crisis in business and uncertainty about future.

The study noted that one person in five adults is still suffering from depression in the wake of Covid-19 pandemic. The number of mental health cases has increased by 75 per cent in the population, with depression and anxiety being topmost.

Eleven states in India, five of them in south India, participated in the study. It revealed that young bachelors and spinsters, apart from widows and students complained of feeling low, being restless and unsure of what lay in the future. Mental health experts involved in tele-consultations say lot of young people are seeking help for depression, anxiety and anger management.

Take the case of a 30-year-old craft teacher, who was told that her services will not be required this academic year. Loss of income and resulting stress led to frequent quarrels within her family. It became unbearable after a point. The teacher calmed down only after going through several counselling sessions.
There have been several cases where people have not been able to accept that the situation they are in is due to no fault of theirs. Income loss, unable to come to terms with the new situation and guilt are causing emotional turmoil, leading to extreme stress in relationships.

Dr. Minhaj Nasirabadi, general secretary of Indian Psychiatric Society, Telangana state, says, “Most patients come with a different problem. During the course of investigation, we have found that they are suffering from anxiety, panic and cycles of depression. Younger age groups have also been equally vulnerable. Coping has been difficult for many. We are expecting to come across more cases as events unfold. There are also instances of people slowly coming out.”

While governments have started unlocking, people’s mood is still low and they are still not willing to venture out. Dr. Rahul Aggarwal, senior consultant general physician, says, “Simple steps need to be taken for encouraging people to safely move outdoors within their neighbourhood. There are senior citizens, who have been living within the four walls of homes. They cannot take it anymore. They are fed up and scared, but do not know what to do. We are noticing depressive cycles among these groups that are aggravating their mental health. There has to be a collective initiative within public and private sector to build confidence among people that moving out at certain times is safe for them. They only need to follow safety protocols to keep themselves safe.”
The study says boosting confidence among people to fight the disease will not only help economy grow but also improve the overall physical and mental well-being of all individuals.