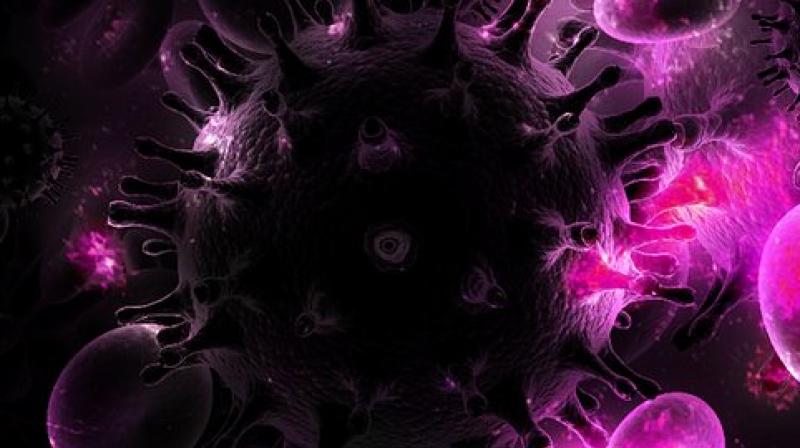 The principle behind the genomic marker is that most HIV infections are caused by the transmission of a single founder virus. (Photo: Pixabay)

A critical part of reaching zero new HIV infections by 2030 – as the UN’s Sustainable Development Goal aims to do – is to be able to track accurately when specific high risks groups become infected with the virus.

This information gives an indication of whether the programmes and interventions designed to reduce the number of new infections are working in a particular population – or whether infection rates are rising. It also helps researchers and scientists design new interventions among vulnerable and high risk groups where infection rates remain stubbornly high.

For example, if there are high infection rates among young men in Botswana over a certain period, by tracking cases accurately researchers can look at the interventions introduced and deduce whether or not they’re successful.

But accurately and reliably identifying these new HIV infections remains a challenge – particularly in sub-Saharan Africa. Part of the problem is that the longitudinal surveys used to collect data – initially designed in developed countries – are too expensive and complex for developing countries.

But new more viable methods have been developed that are helping to significantly close the data gap and open to the door to infection rates being mapped much more accurately. One of them is the use of biomarkers – a naturally occurring characteristic – to identify recently infected people.

Previous research has shown that there are biomarkers in the body that change as soon as someone becomes infected with HIV. These biomarkers can be used to classify HIV infections and, as it were, “date” them as new or old infections.

But most studies have only considered one biomarker at a time. Our research built on this by looking at a combination of biomarkers as well as a novel biomarker that we characterised for the first time. We used two biomarker approaches:

A serological marker which tracked properties of HIV specific antibodies, and

By using the combination of biomarkers plus the diversity index we found that it was possible to be more accurate in identifying when someone got infected. This will help diagnose people in the early infection phase. This in turn will help health authorities target the high risk populations behind disproportionately higher rates of HIV transmission.

The method we have designed will save costs because it won’t require having to follow a large number of people over a long period of time to establish infection rates in a community. Our method allows estimates to be made on the rate of new infections.

Serological markers look at the antibodies in the body that are fighting HIV. Antibodies are only found in people that are exposed to HIV. These antibodies vary from person to person and increase in quantity and quality. The antibodies itself can be used as a marker of recent infection because they increase in number in a way that can be predictable.

Previous studies that used markers to establish infection of HIV only used one marker. For example, these studies would only look at antibody quantity or proportion to classify HIV infections. Our study looked at both quantity and proportion.

But the challenge with serological markers are that they can differ in quantity by geography, race and the type of HIV that someone has been infected with. What this meant was that some people would not be classified correctly. This would then lead to an inaccurate estimation of HIV incidence.

To overcome this challenge we decided to move away from the body’s response to the virus and instead to look at the virus itself – in other words to consider a genomic marker.

The principle behind the genomic marker is that most HIV infections are caused by the transmission of a single founder virus. This virus results in a relatively homogeneous population of viral strains during the early stage of HIV infection.

The virus then diversifies over time due to errors when it replicates in the body and due to pressure from the host’s immune response. Although the virus can resemble one strain as soon as it is exposed to the body it changes and becomes more diverse. The longer it lives in the body, the more diverse it becomes.

We were able to deduce from this that if the virus is less diverse, the infection is new.

To validate this we analysed people whose infection dates were known and found that their HIV was becoming more and more diverse. We then developed a diversity index to measure the virus against. If the virus was lower than a certain cut off we were able to tell that the person was newly infected.

Of the people enrolled in our study, we were able to reduce inaccurate infection classification by close to 60% and maintained a high sensitivity with most of the participants.

We are applying these methods in large surveys in Botswana, a country with one of the highest HIV burden in the world.

HIV incidence estimates are critical for monitoring the trends in the HIV epidemic, which is necessary to design and evaluate the impact of interventions.

The ability to accurately estimate incidence – the number of newly acquired infections over a given period of time – is essential to assess whether prevention efforts are working and to identify high risk sub-groups that could be targeted for interventions.

This article originally appeared in The Conversation.