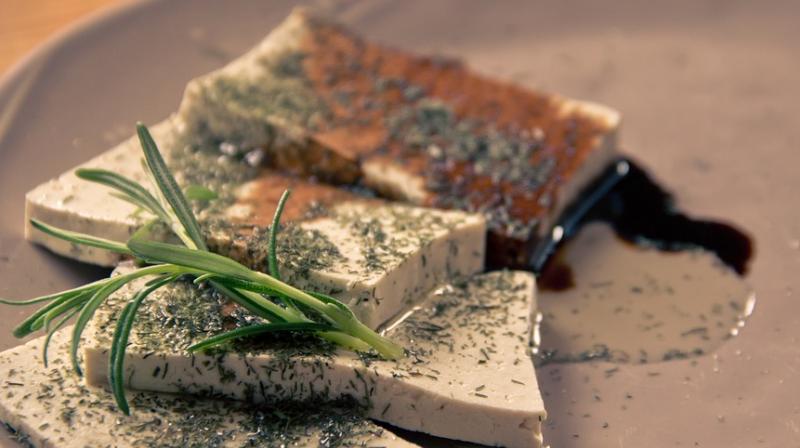 Washington: Soy products such as tofu are safe for women diagnosed with breast cancer, and may even prolong their survival, a new study has found.

Soy foods are considered among the healthiest for human consumption, but their oestrogen-like properties have raised concerns of a potential increased risk of breast cancer. This is because in hormone receptor-positive cancer, the most common form of the disease, there are some concerns that high oestrogen levels help cancer cells grow and spread, though this remains controversial.

"Isoflavones - the component of soy that has oestrogen-like properties - have been shown to slow the growth of breast cancer cells in laboratory studies," said Fang Fang
Zhang, from the Tufts University in the US. "Epidemiological analyses in East Asian women with breast cancer found links between higher isoflavone intake and reduced mortality," said Zhang. "Other research has suggested that the oestrogen-like effects of isoflavones may reduce the effectiveness of hormone therapies used to treat breast cancer," she said.

"Because of this disparity, it remains unknown whether isoflavone consumption should be encouraged or avoided for breast cancer patients," she added.To provide some clarity, researchers looked at the relationship between dietary intake of isoflavones and death
from any cause in 6235 American and Canadian women diagnosed with breast cancer.

Over a median follow-up of nine years, women with breast cancer who consumed high amounts of isoflavones had a 21 percent lower risk of dying than women who consumed low amounts. This decrease was largely confined to women with hormone receptor-negative tumours and women who were not treated with anti-oestrogen therapy such as tamoxifen (which blocks the effects of oestrogen).

In contrast to some previous research, high levels of isoflavone intake were not associated with greater mortality among women receiving hormonal therapy."Based on our results, we do not see a detrimental effect of soy food intake among women who were treated with endocrine therapy," said Zhang."For women with hormone receptor-negative breast cancer, soy food products may potentially have a protective effect," she said.

"Women who did not receive endocrine therapy as a treatment for their breast cancer had a weaker, but still statistically significant, association," she added.More than 20 per cent of all new breast cancer cases with known oestrogen and progesterone receptor status are receptor-negative, and they have poorer survival rates than hormone receptor-positive cases. "Whether lifestyle factors can improve survival after diagnosis is an important question for women diagnosed with this more aggressive type of breast cancer," said Zhang."Our findings suggest that survival may be better in patients with a higher consumption of isoflavones," she said.