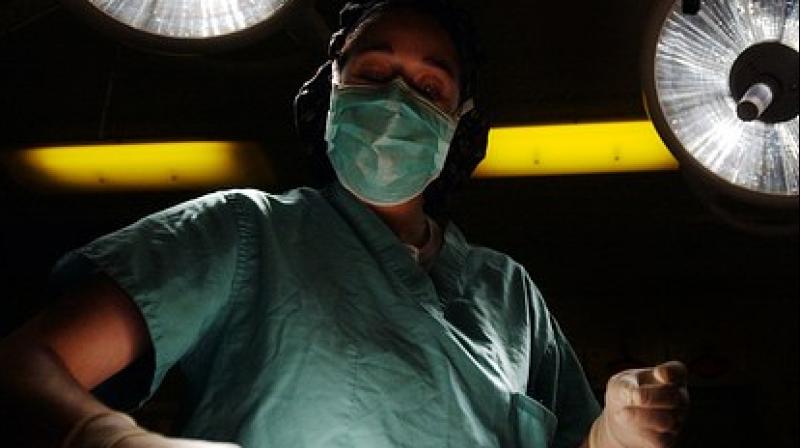 When a soldier suffers a traumatic injury or acute infection, the first medical treatment determines the survival rate. (Photo: Pixabay)

The US defence research agency is developing treatments that can slow down biological processes in the event of life-threatening injuries, extending the critical "golden hour" within which the patient's life can be saved.

When a soldier suffers a traumatic injury or acute infection, the time from event to first medical treatment is usually the most significant factor in determining the outcome between saving a life or not.

This critical, initial window of time is called the "golden hour," but in many cases the opportunity to intervene may extend much less than sixty minutes, which is why the military invests heavily in moving casualties as rapidly as possible from the battlefield to suitable medical facilities.

However, due to the realities of combat, there are often hard limits to the availability of rapid medical transport and care.

The US Defense Advanced Research Projects Agency (DARPA) created the Biostasis programme to develop new possibilities for extending the golden hour, not by improving logistics or battlefield care, but by going after time itself, at least how the body manages it.

The programme will leverage molecular biology to develop new ways of controlling the speed at which living systems operate, and thus extend the window of time following a damaging event before a system collapses. The concept aims to slow life to save life.

"At the molecular level, life is a set of continuous biochemical reactions, and a defining characteristic of these reactions is that they need a catalyst to occur at all," said Tristan McClure-Begley, the Biostasis programme manager.

"Within a cell, these catalysts come in the form of proteins and large molecular machines that transform chemical and kinetic energy into biological processes," said McClure-Begley.

"Our goal with Biostasis is to control those molecular machines and get them to all slow their roll at about the same rate so that we can slow down the entire system gracefully and avoid adverse consequences when the intervention is reversed or wears off," he said.

DARPA is looking for biochemical approaches that control cellular energetics at the protein level.

Creatures such as tardigrades and wood frogs exhibit a capability known as "cryptobiosis," a state where all metabolic processes appear to have stopped, yet life persists.

While the specific molecular mechanisms involved in these animals are very different, they share a common biochemical concept: they selectively stabilise their intracellular machinery.

"If we can figure out the best ways to bolster other biological systems and make them less likely to enter a runaway downward spiral after being damaged, then we will have made a significant addition to the biology toolbox," said McClure-Begley.

Biostasis is initially aimed at generating proof-of-concept, benchtop technologies and testing their application in simple living systems for experimental validation.

To support eventual transition to patients, DARPA will work with federal health and regulatory agencies as the program advances to develop a pathway for potential, future human medical use.

By the end of the five-year, fundamental research program DARPA hopes to have multiple tools for reducing the risk of permanent damage or death following acute injury or infection.