Smartphones may be useful for measuring symptoms of Parkinson's disease 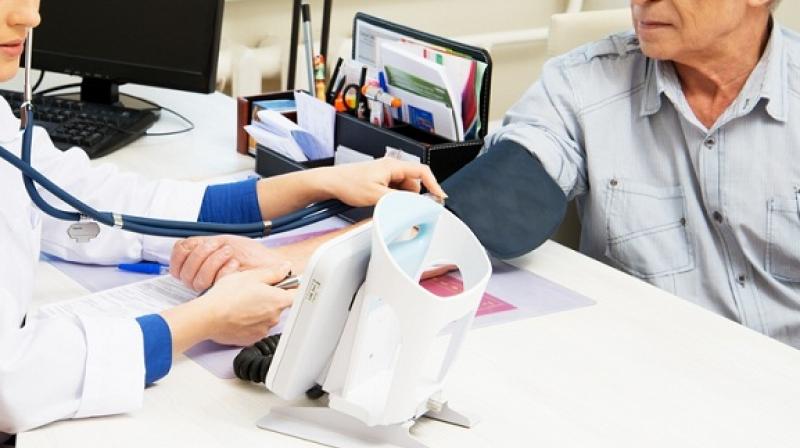 Parkinson’s disease is a neurodegenerative disorder that affects dopamine-producing nerve cells in the brain (Photo: AFP)

An experimental smartphone application could monitor changes in Parkinson’s disease symptoms throughout the day, sending data to doctors to help them treat patients, U.S. researchers say.

“Like diabetes, Parkinson’s has variability and symptom fluctuations, which can also vary the treatment. We can’t measure these fluctuations at home, and you can only do so many measurements in the clinic,” said senior study author Suchi Saria of Johns Hopkins University in Baltimore.

The app developed by Saria and her colleagues asks patients to complete five tasks that assess speech, finger tapping, gait, balance and reaction time. From that, it generates a “mobile Parkinson’s Disease score,” which doctors can use to assess symptom severity and adjust medication, the team writes in JAMA Neurology.

“This new development is very exciting because this wasn’t feasible even a few years ago,” Saria said in a telephone interview. “Patients seem eager, willing and curious to do this with their phones.”

The researchers developed their app, HopkinsPD, for Android smartphones to assess performance on the five tasks as often as patients want to use the app. The mobile score is based on the types of assessments usually done in doctor’s offices.

To test the app and the scoring system, the researchers recruited 129 patients who completed more than 6,000 smartphone assessments. Scores ranged from 0 to 100, with higher numbers indicating more severe symptoms. Participants completed the tasks before and after their first daily dose of dopamine medication. They also completed standard assessments in the clinic.

Symptoms varied by an average of 14 points through the day, information that could help doctors understand the highs and lows for their Parkinson’s patients.

The team also found a strong correlation between the mobile app score and the in-office rating scales.
On average, the mobile app score also decreased more than the official scales when dopamine medication was taken, which could highlight its sensitivity and accuracy in monitoring real-time symptoms, the authors note.

“The data from the phone aligns beautifully with what we found with classic instruments in the clinic,” Saria said. “It gives us a sense of patients’ motion and movement, like breadcrumbs along the way to understanding their symptoms.”

A limitation of the study is that only five tasks are used to measure behaviors and symptoms, the authors acknowledge. Additional studies will evaluate whether changes in the app score represent a significant difference experienced by patients.

“We physicians may measure phenomena we think are highly relevant, but patients may disagree,” said Dr. Alberto Espay, director of the James J. and Joan A. Gardner Center for Parkinson’s Disease and Movement Disorders at University of Cincinnati in Ohio, who wasn’t involved in the study.

“Also, it will be important to determine if the machine-learning component will require less active entry of data by patients, rendering it easier to use long-term,” Espay said in an email. “Long-term adherence will be important to ascertain if this application . . . can capture data for patients in their home settings.”

Researchers want to know whether elderly patients and those in developing countries can use similar apps, said Ye Wang of the National University of Singapore, who wasn’t involved in the current study.

“These ubiquitous technologies can and should be used to help doctors with their diagnosis,” Wang told by email.

“They are diagnostic aids and are not supposed to replace doctors,” he said. “But perhaps they can be part of the screening process.”