Runners battling infections are less likely to finish a race 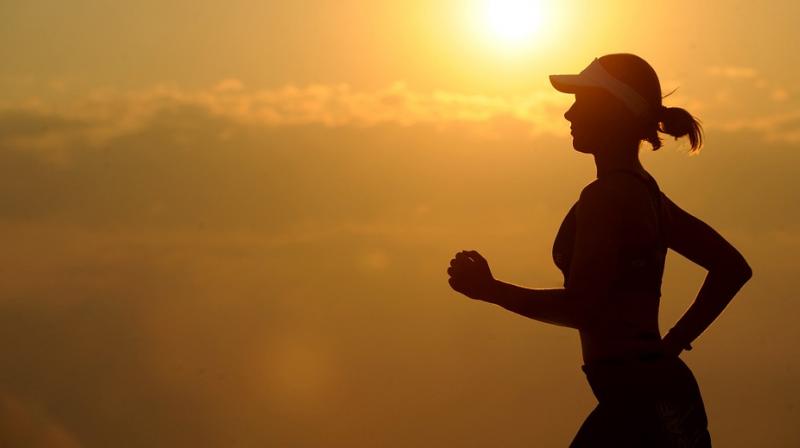 Runners with systemic infections like vomitting or diarrhoea may have a bigger issue completing the race. (Photo: Pixabay)

Light, localized illnesses like a runny nose may not affect distance runners’ performance, but racing within days of an acute, systemic infection raises the odds of never finishing, researchers say.

Typically, less than half of runners who have been recently diagnosed with acute systemic infections, such as respiratory infections or gastritis, follow their doctors’ advice not to run in a race, the study team writes in British Journal of Sports Medicine.“We previously showed that about 10 percent of runners have symptoms of acute illness in the few days before a race,” study coauthor Dr. Martin Schwellnus said by email.

“Acute illness can affect a number of physiological systems during exercise, and more importantly, can result in medical complications during exercise,” said Schwellnus, who directs the Sport, Exercise Medicine and Lifestyle Institute of the University of Pretoria in South Africa.Schwellnus and his colleagues decided to study runners who reported pre-race illness to determine the effects of various symptoms on racing outcome.

They evaluated runners who thought they might be sick in the three days before the 2013 and 2014 Old Mutual Two Oceans Marathons in Cape Town. Of the more than 53,000 runners who participated in the two events, about 240 asked for the evaluations.The evaluations included taking medical histories and referring runners to medical doctors if they reported symptoms such as fever, muscle and body aches, fatigue, coughs, nausea, vomiting, diarrhea, sore throat, shortness of breath or chest pain.

A total of 172 runners reported signs and symptoms of acute infective illness with 101 of the runners having localized symptoms such as a runny nose or sinus pain, and 71 runners having symptoms of respiratory tract or other systemic infections. About 140 of the runners were given advice on how to handle their illnesses and doctors advised 23 acutely ill runners not to start the race.

The study team found that runners with a systemic illness who started the race despite being told they shouldn’t run had an 8 percent chance of not finishing the race, compared with less than 2 percent among healthy runners.

About 11 percent of runners who were diagnosed with acute illness during the 24 hours just before the race did not finish.Runners with systemic symptoms such as fever, generalized muscle pain and joint pain, chest pain, elevated resting heart rate, dehydration from vomiting and diarrhea should not run, said Schwellnus.

“Runners with no systemic symptoms and only ‘localized’ symptoms such as blocked nose or runny nose can start the race, but be prepared to stop if their symptoms get worse or they develop new symptoms,” he said.Schwellnus noted that it is especially important to stop if runners feel chest pain, dizziness, excessive shortness of breath, excessive fatigue or palpitations.The study team didn’t examine how well the runners performed in the races, but it’s likely they didn’t do as well as they would if they were healthy.