Life   Health  06 Jun 2018  Pet dogs could cause the next big flu outbreak in humans
Life, Health

Pet dogs could cause the next big flu outbreak in humans

Deadly new strains of virus can jump from pets to owners, researchers warn a new vaccine may be needed to fight it. 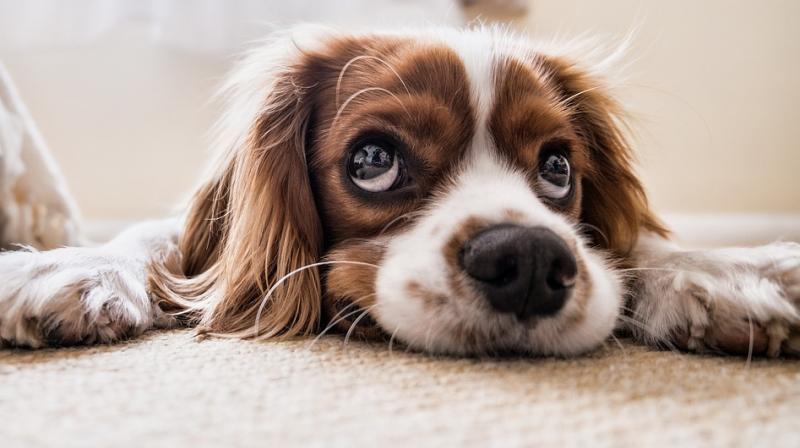 The viruses in the study were collected primarily from pet dogs presenting with respiratory symptoms at veterinary clinics and scientists found a staggering three kinds of swine flu in the genomes. (Photo: Pixabay)

A new study now says that dogs could be the carrier of the next deadly flu in humans.

While pigs and birds have been seen as a bigger disease threat to people, since they can carry diverse types of influenza, dogs have always known to carry canine-specific strains.

However, a new report shows that the virus is becoming increasingly diversified in domestic dogs, making them a prime carrier of the disease.

According to the New York City researchers, the development could be the tipping point to triggering one of the worst flu outbreaks seen in recent years since humans have far greater levels of contact with dogs than with pigs and birds.

Speaking about the new discovery, study investigator Adolfo Garcia-Sastre, of the Icahn School of Medicine at Mt Sinai said that the majority of pandemics have been associated with pigs as an intermediate host between avian viruses and human hosts, but in the current study, they identified influenza viruses jumping from pigs into dogs.

The researchers say it is time to think about ways to restrict the circulation of the The doctor added  that US is free of avian influenza because poultry infected with disease has always been culled and since livestock such as pig is vaccinated, dogs too can benefit from vaccinations.

Dr Adolfo Garcia-Sastre, director of the school's Global Health and Emerging Pathogens Institute, explains that this development stems from a turning point 15 years ago, when researchers documented an influenza virus in a horse jumping into a dog.

That was the first recorded set of circulating canine influenza viruses.

In 2013, researchers found farm dogs in Guangdong, China, carrying a strain of the aggressive H3N2 flu caught from birds.

Notably, influenza can jump among animal reservoirs where many different strains are located and these reservoirs serve as mixing bowls for the genetic diversity of strains.

Pandemic influenza occurs when viruses jump from animal reservoirs to humans and with no prior exposure to the virus, most people do not have immunity to these viruses.

The viruses in the study were collected primarily from pet dogs presenting with respiratory symptoms at veterinary clinics and scientists found a staggering three kinds of swine flu in the genomes - North American triple reassortant H3N2, Eurasian avian-like H1N1, and pandemic H1N1.