Apparently, more men than women are dying from COVID-19 globally. Experts say biology as well as behavior may be among the reasons 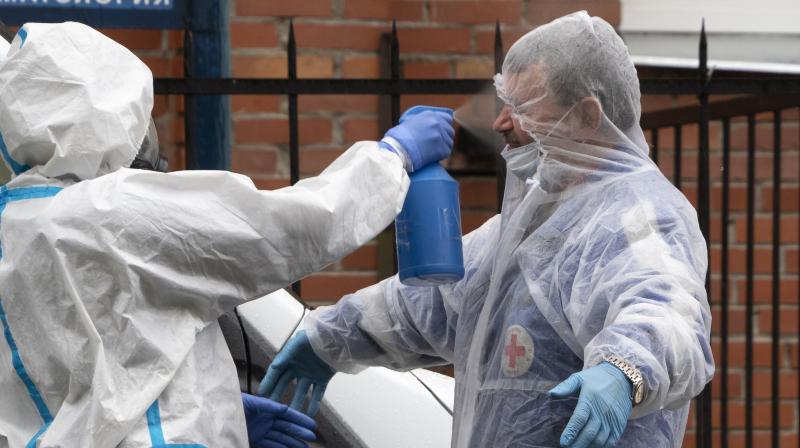 A European study also attributed this increased susceptibility in men to the presence of a strong biomarker called the Angiotensin-Converting Enzyme 2 (ACE2), the gene located on the X-Chromosome

India has seen a continuous spike in the number of positive cases. Recent Government estimates suggest an approximate 190,000 positive cases, with the figures of death roughly at 5,300. Interestingly, several recent studies, including one by the WHO and another published on May 10 issue of the European Heart Journal, have noted that more men are dying from COVID-19 than women are.

Closer home, Dr K. K. Aggarwal, cardiologist and president of both the Confederation of Medical Association of Asia and Oceania (CMAAO) and the Heart Care Foundation of India, adds to the insight. “The analysis of the death cases showed that the demographic profile was mainly male,” he explains. “Male accounted for two-thirds and females accounted for one-thirds deaths, of which were mainly the elderly. More than 80% were elderly men over 60 years and more than 75% had underlying diseases present such as cardiovascular and cardiovascular diseases, diabetes and, in some cases, tumour.”

Why are men more susceptible to the disease?

According to Dr Viswesvaran Balasubramanian, Senior Interventional Pulmonologist & Sleep Medicine Specialist, Yashoda Hospitals, the reason could potentially be sex-based immunological or gendered differences, such as patterns and prevalence of smoking. “Sex differences that influence the immune system may offer answers here,” reiterates the doctor. “Immunological differences with cytokines, which is associated with cytokine release syndrome (CRS) preferentially expressed in men, and those associated with defence and recovery from viral infection preferentially expressed in women.”

A European study also attributed this increased susceptibility in men to the presence of a strong biomarker called the Angiotensin-Converting Enzyme 2 (ACE2), the gene located on the X-Chromosome.

“The circulating levels of ACE2 are much higher in men than in women and in patients with diabetes or cardiovascular diseases. In COVID-19, the ACE2 receptor on the surface of cells facilitates the binding of the virus and allows it to enter and infect the cells. Thus, the high expression of ACE2 makes male patients more prone to die from the virus called SARS-CoV-2, which caused the COVID-19 disease.”

For the uninitiated, SARS-CoV-2 is the abbreviated form of “severe acute respiratory syndrome coronavirus 2”, and is the official name of the 2019 novel Coronavirus, as given by the International Committee of Taxonomy of Viruses (ICTV) on 11 February 2020.

While both men and women are equally susceptible to the 2019 novel coronavirus, and experts point the reason to be partly that women tend to have a stronger immune system as compared to men, there are both biological and behavioural reasons for more men succumbing to the disease than women.
Dr Hari Prasad, president, Apollo Group of Hospitals, adds to the above interesting insight. “Women have stronger immunity because of their extra X-chromosome, which gives them the power to recover,” he says. “Also, a higher percentage of men have co-morbid conditions such as heart, liver and kidney diseases, diabetes and hypertension diseases. Now, with COVID-19 adding to that list, men become easy victims. Recent behavioural studies also indicate that men tend to have greater social exposure, engage in more risky behaviour, are more prone to ignoring social-distancing norms and are casual about symptoms or about seeking medical help.”

Dr Latha Sharma, Consultant Pulmonologist, KIMS Hospitals, also points to the behavioural aspects of men, which may contribute to more deaths among them. “Women have stronger adaptive immune responses and die less of infectious disease their entire life,” she adds. “Social behaviour, more interaction with people, ignoring of physical distancing and habits such as smoking may also play a role in the disease’s impact on men. Women are less likely to engage in health-related risks and are more meticulous at handwashing.”

Just as even Dr Viswesvaran sums up his views on the matter, perhaps the above scientific observations do stress upon the view that gender is an important biological variable to be considered in future trials on the prevention and treatment of COVID-19.